The member of the committee responsible for advocating women's rights, pinned the blame of cases of molestation, rapes on the 'excessive use' of mobile by women 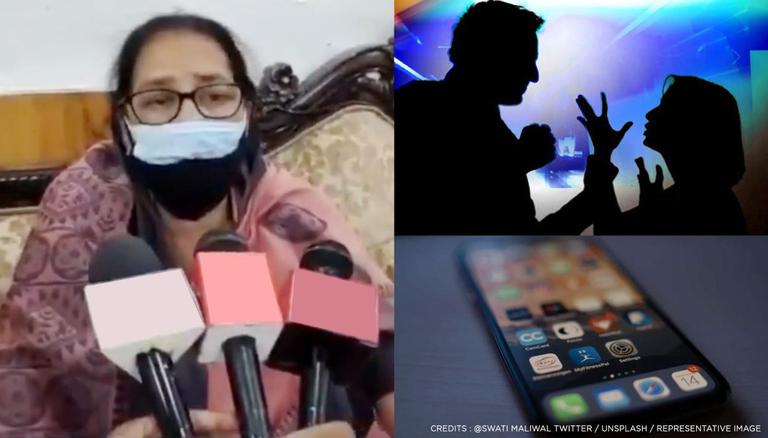 
Amid the growing cases of crime against women, a member of the Uttar Pradesh Women's Commission Meena Kumari on Thursday gave a rather distasteful statement. Talking to the media, the member of the committee responsible for advocating women's rights, pinned the blame of cases of molestation, rape, and other crimes on the 'excessive use' of mobile phones by women. She then, went on to urge the families, specifically the mothers, to not give them mobile phones, and if at all given, to monitor them every now and then to avoid any unforeseen episodes.

"Women talk on mobile phone for hours, and one day, talking to the guys, they run away with them," she said while urging the parents and families to not give them mobile phones. "If at all you take the risk of giving them phones, make sure you check them regularly," she appealed to the families, specifically the mothers, whose 'negligence' she held responsible for the adverse happenings in the daughters' lives.

"The reason for rape is such a bad mentality": Delhi Commission of Women

The bizarre comment of the member of the Uttar Pradesh Women Commission did not go unnoticed, and she received flak from many, including the chairperson of the Delhi Commission of Women, Swati Maliwal. Sharing the video on Twitter, Maliwal pulled up the member for the comment. "No Madam, not giving women phones but passing such comments is the reason for the growing cases of rape in the country," she said while highlighting that such comments bolster the audacity of rapists. She also appealed to Prime Minister Narendra Modi to sensitize the members of the Women Commission, and said, "Send them to Delhi Commission of Women, we will teach them."

The netizens also could not help but respond to this 'sick mentality'. While some cited it as an example of 'patriarchy in women' and highlighted the urgent need to put an end to it, some others raised concerns about the movement for rights for women, if the reins of it are in the hands of women like her. Some others felt 'sorry' for the women of the generation.

READ | 'New laws not the only solution to curb crimes against women': VP Naidu

Patriarchy needs to stop in many women.They encourage and perpetuate such thought process.
And they forget this isn’t the Stone Age.
These kind of women are other women’s worst enemies.

Not one of them teaches their sons & brothers better morals. Bas blame women for everything.

She's member of state women commission, .... What we could expect to from them to improve other women conditions.

This is really absurd that people sitting on such positions have such kond of thoughts. Very sorry for our generation

If 48% of victims are below the age of 12, How far does the reasoning of the member of the Uttar Pradesh Women Commission hold true?

As per the latest data published by the Crime Record Bureau's publication, 'Crime in India', 4,05,861 cases of Crimes against women were recorded in total, of which 32,033 were rape cases. 87 rape cases were registered every single day in the country, in 2019, and of the total number of cases, in almost 48% of cases, the victim was below the age of 12. Now, the question is were those below 12-years using phones or talking to guys?