Concluding his 5-day US visit, External Affairs Minister S Jaishankar on Saturday, said that the US administration will take a decision to send vaccines soon 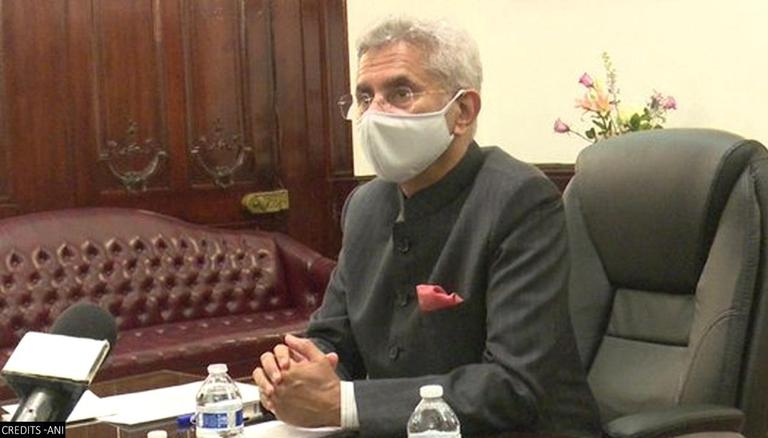 
Concluding his 5-day US visit, External Affairs Minister S Jaishankar on Saturday, said that the US administration will take a decision in the coming weeks to send out a certain number of vaccines to India, amid a vaccine crunch. He added that while there was a discussion at the policy level, the decision laid in the hands of the Biden administration. Moreover, he said after discussions with US Secretary of State Anthony Blinken, the vaccine supply chain has been working more smoothly due to his interventions.

EAM on US visit

Talking about the talks he had on QUAD with US NSA Jake Sullivan, he said that Quad discusses maritime security, connectivity and now has started discussions on technology issues, supply chain issues, vaccine production. Highlighting the importance of QUAD, he said, "it fills a very important gap that emerged in contemporary times, where there are global/regional requirements, which can't be filled by a single country or even be filled by one bilateral relation & which isn't being addressed at multilateral level". He highlighted that the QUAD was a reflection of the contemporary nature of the world order - a post-Cold War world.

We have clarity on Quad, it fills a very important gap that emerged in contemporary times, where there are global/regional requirements, which can't be filled by a single country or even be filled by one bilateral relation & which isn't being addressed at multilateral level: EAM pic.twitter.com/hq2OFOW7Tp

Apart from these topics, Jaishankar also said that the WHO probe into COVID origins was not discussed during his visit. However, he clarified that India believes that the WHO's 1st report is just a start and that further studies should be done for robust position. On being asked about ex-Congress chief Rahul Gandhi's vaccine diplomacy tweet, Jaishankar refused to comment stating 'I'm not here to exchange political politics when I leave country'.

With several concerns being raised on delay in vaccine production in India, the EAM said that the Centre did have video conferences with industry leaders on a regular basis and that in a literal way only the vaccine producers could answer on the supply. He said, "This is a very dynamic situation, it keeps changing. You know, there are new demands, a lot of new vaccines are coming out. But definitely, I'd say, if you were to ask me today, May 28th, as opposed to April 30th, is it better or worse? I would say it is very much better."

During his five-day visit, Jaishankr held talks with his US counterpart Antony Blinken on delivery of vaccines lying unused in US, procurement of the vaccines, solving the Indemnity and Emergency Use Authorisation issue. Apart from vaccines, talks were held on the LAC standoff in Ladakh, Quadrilateral Security Dialogue, the Afghan peace process.  He also met with US NSA Jake Sullivan and held talks on Indo-Pacific issues, Afghanistan, India-US vaccine partnership and agreed to a free and open Indo-Pacific, global leadership on climate change and trade, tech & business cooperation. The EAM also held trade talks with US Trade Representative Katherine Tai, focusing on post-COVID recovery. He also met with US Defense Secretary Lloyd Austin at the Pentagon and held talks  on US-India strategic partnership and regional security.