With every passing day, the ambit of the investigation in the Iqbal Mirchi case is widening and the gangster-neta link has been exposed by Republic TV.

With every passing day, the ambit of the investigation in the Iqbal Mirchi case is widening. The gangster-neta link has been exposed by Republic TV through multiple reports since last Saturday. Republic TV has now accessed some crucial court documents which indicate that the proceeds of crime were being used for terror financing.

While seeking further custody of Haroun Yusuf and Ranjeet Singh Bindra, Enforcement Directorate told a Mumbai court “this is a sensitive case involving a huge amount of proceeds of crime apparently generated from the organised crime sector and its subsequent laundering/use of terror financing.”

According to the agency sources, Congress MLA Baba Siddiqui’s kin Ranjeet Singh Bindra met Iqbal Mirchi in London. He met Mirchi regarding three Mumbai properties which he was brokering on behalf of Mirchi to Sunblink Real Estate Pvt Ltd. It is not known when the meeting took place. During this meeting in London, he told Mirchi regarding a huge transaction of Rs 2186 cr undertaken by Sunblink Real Estate Pvt Ltd regarding the three properties in Mumbai.

The agency has told the court that this money discussed in the London meeting was used for terror financing. ED has gone on record before the court submitting that the case has international ramifications. Mirchi’s two sons have not joined the probe despite summons being issued.

The agency maintains that crackdown would continue. ED has identified Sahil Bungalow in Worli, Roshan Talkies in Byculla, three shops in Crawford Market of Mumbai, Meenaz Hotel at Juhu, Samandar Mahal 'A' in South Mumbai and a bungalow in Panchgani which are currently in possession of Mirchi's immediate family members and relatives. The total value of the properties is more than Rs 500 crore. 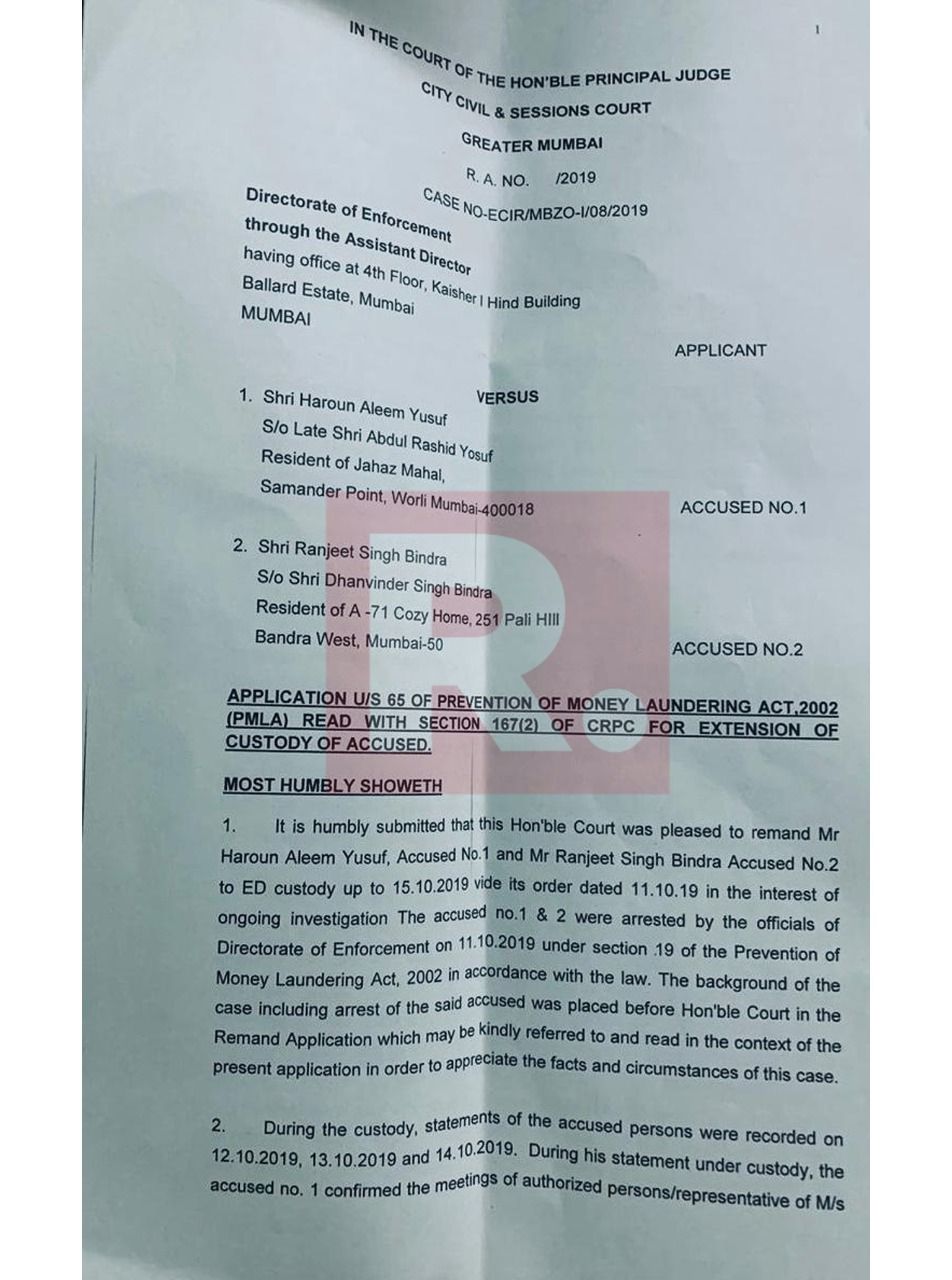 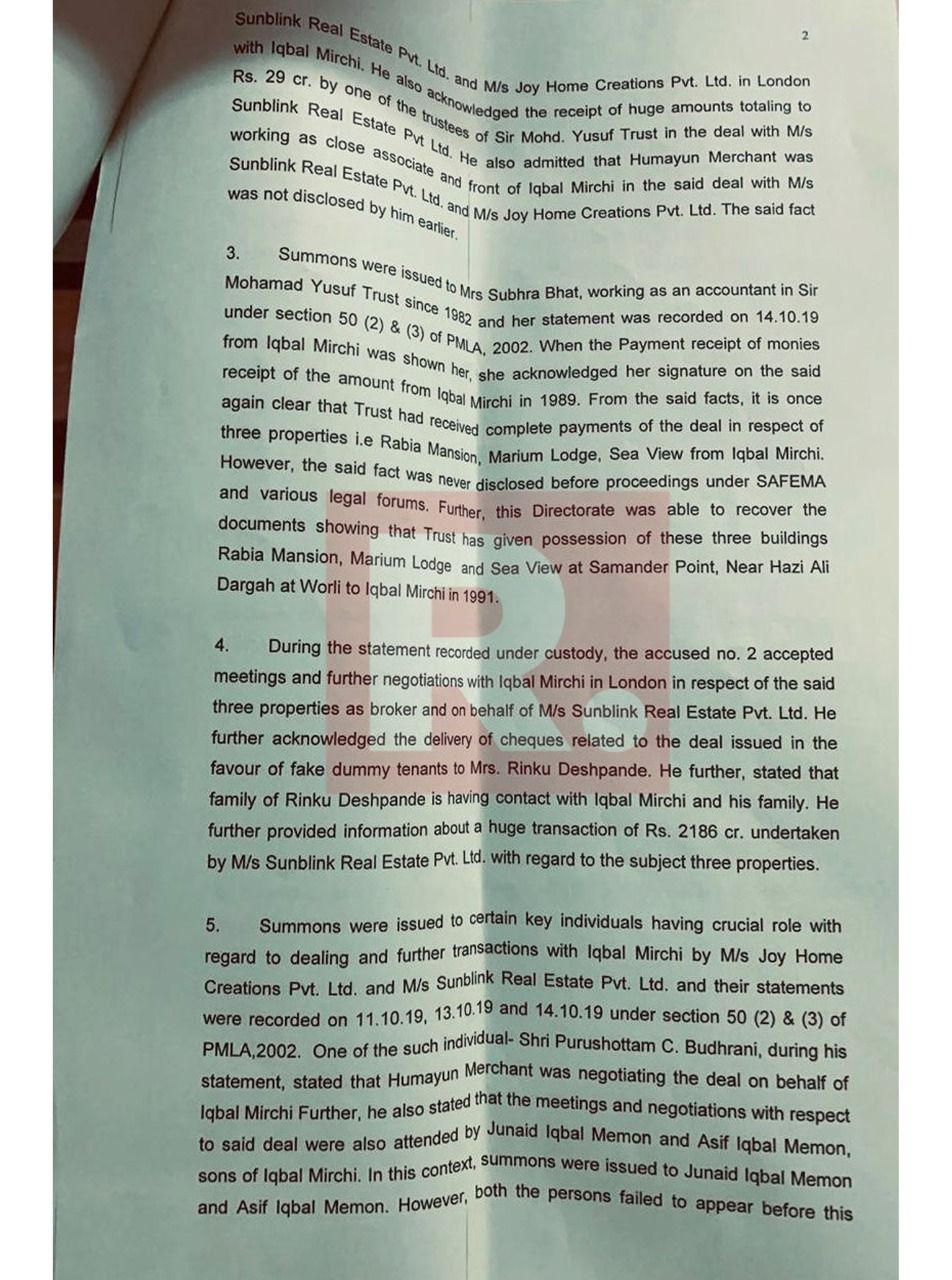 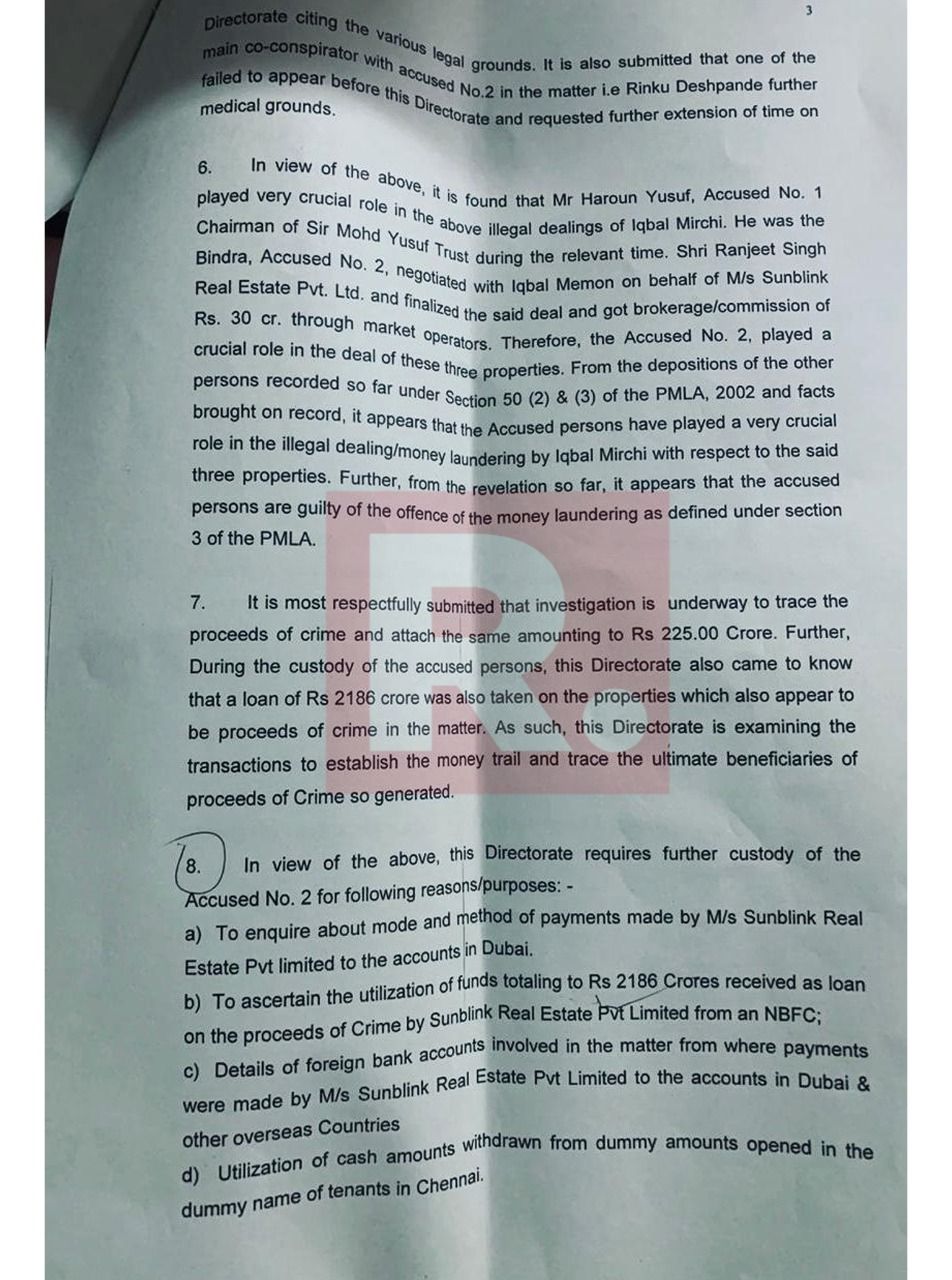 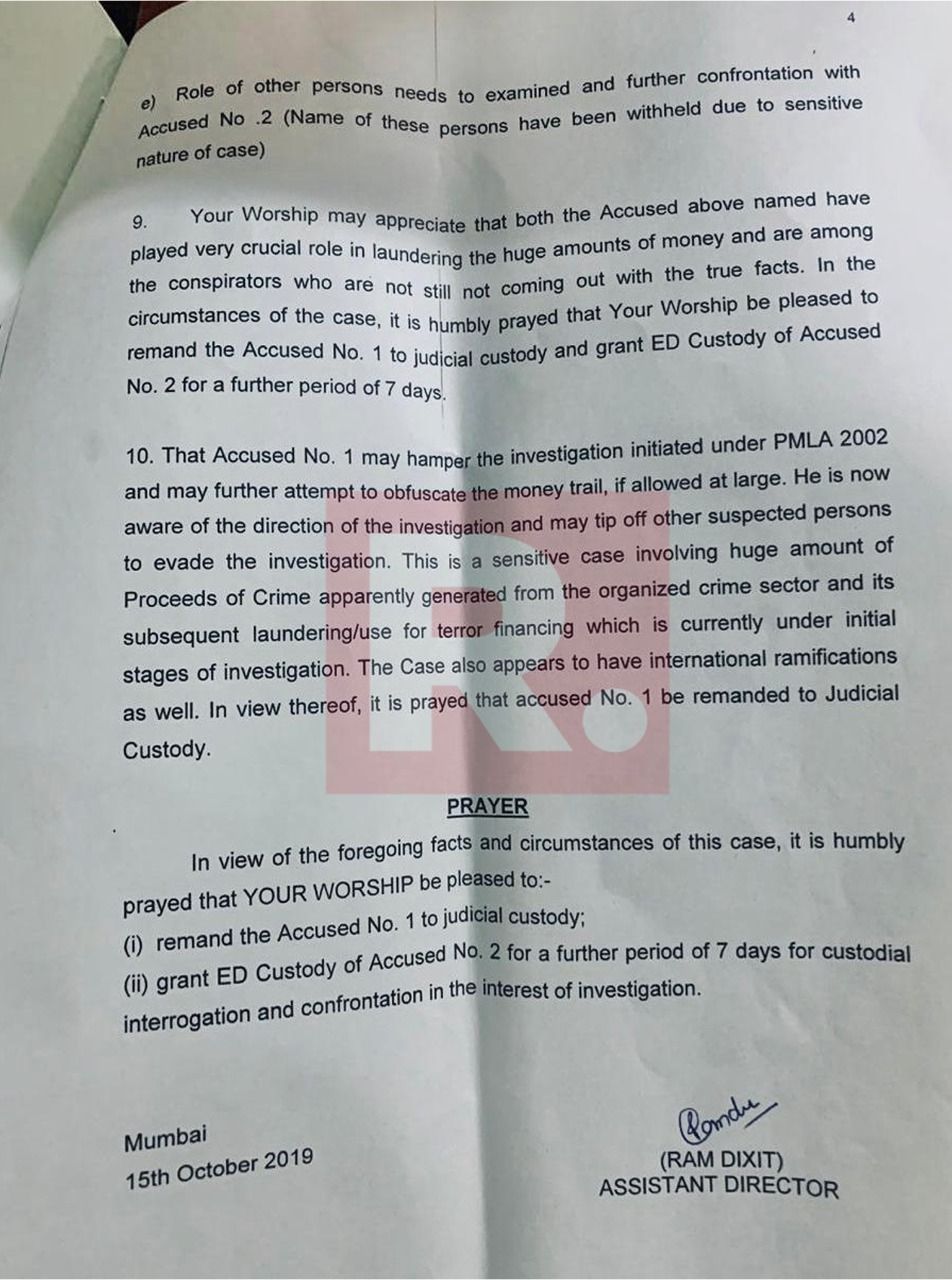 READ| Praful Patel Knew He Did Deals With Dawood Linked? His Shocking Reply