Gautam Navlakha Gets Interim Protection By SC From Arrest

In a significant development in the Bhima Koregaon case on Friday, the Supreme Court has provided interim protection from arrest to accused Gautam Navlakha.

In a significant development in the Bhima Koregaon case on Friday, the Supreme Court has provided interim protection from arrest to accused Gautam Navlakha. Hearing Navlaka's plea, the apex court has now provided relief to Navlakha from arrest till October 15. The Supreme Court has also asked the Maharashtra government to present all the evidence against Navlakaha. Navlakha had appealed to the top court against the Bombay High Court's order rejecting his plea to quash FIR against him, filed by Pune Police in the Bhima Koregaon case. The hearing of the case took place on Friday after the Chief Justice of India and five other SC judges recused themselves from hearing the plea.

Here's the order by SC 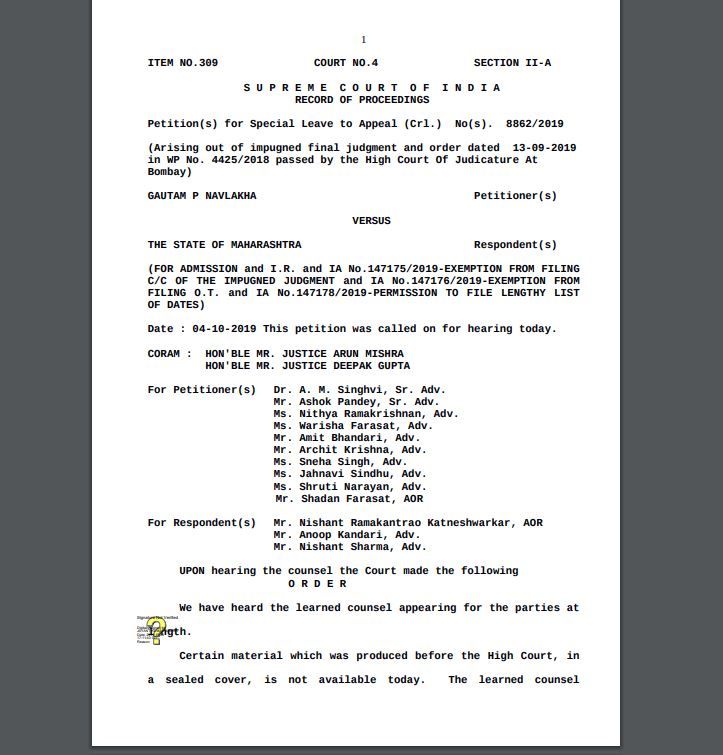 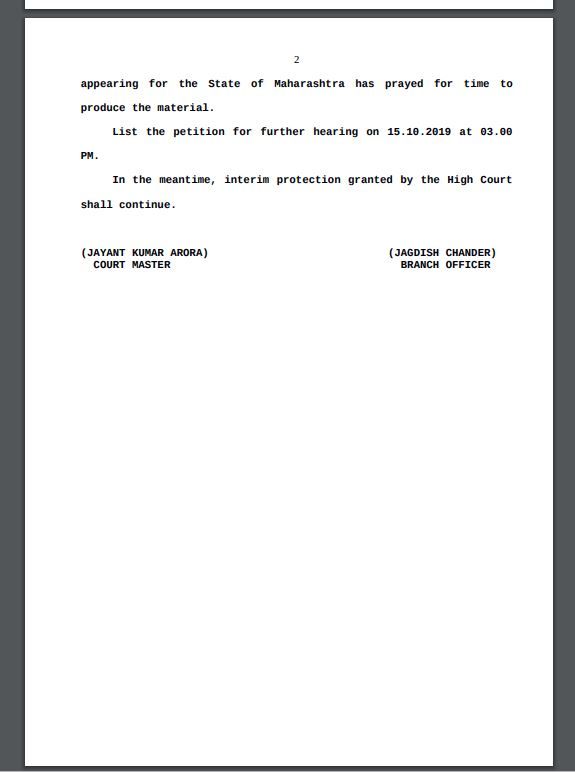 The government of Maharashtra on Tuesday filed a caveat plea in the Supreme Court anticipating Gautam Navlakha's appeal against the Bombay High Court's refusal to quash an FIR filed against him by the state police in the Bhima Koregoan case.  The Bombay HC had on September 13 refused to quash the case lodged against Navlakha. The Bombay HC had noted that there is a prima facie substance in the case. "Considering the magnitude of the case, we feel a thorough investigation is required," a division bench of Justices Ranjit More and Bharati Dangre had said. It had further added, "The case is not without basis and absence of material."

Bombay HC had also dismissed the petition filed by Gautam Navlakha seeking to quash the FIR lodged against him by the Pune police in January 2018, after the Elgar Parishad held on December 31, 2017. The Elgar Parishad had allegedly triggered violence at Bhima-Koregaon in Pune district the next day. The police had also alleged that Gautam Navlakha and others accused in the case had Maoist links and were working towards overthrowing the government. "The offence is not limited to Koregaon-Bhima violence. There are many more facets to it. Hence, we feel investigation is required," the court had said.