General GD Bakshi Expresses Unity With Tibetans; 'We Have A Border With Tibet, Not China'

Major General GD Bakshi stressed that China's illegal occupation of Tibet is the primary cause of disputes along the border that the country had been facing. 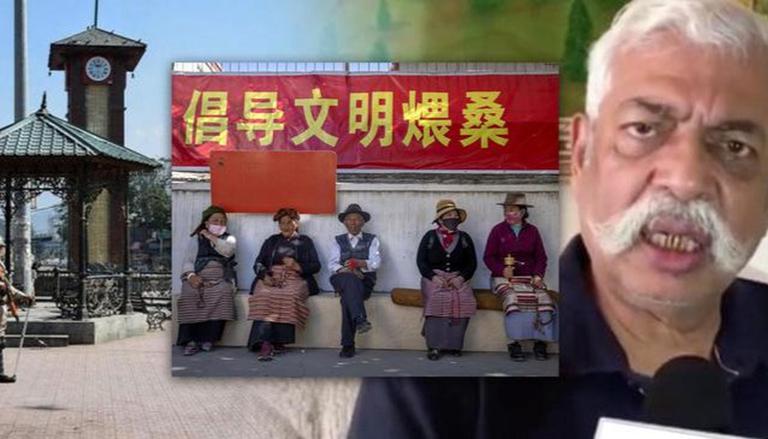 Major General GD Bakshi further said that China is not the only country that has developed its military capabilities. "There are other nations also like India, US, Japan, and Australia," he added.

The Army veteran censured the removal of domes from mosques in China. He also criticised the violation of human rights of Uyghur Muslims and other minorities in the country and lambasted Pakistan for ignoring the atrocities on Muslims in the country and focussing only on Jammu and Kashmir. "This is a gross violation of human rights in China. China has imposed lots of restrictions on Muslims but Pakistan can never dare to question them. Pakistan only raises questions about Jammu Kashmir," he said.

It's time to go back to Uri, Phulwama surgical strikes, much more: Bakshi

Major General GD Bakshi mentioned the recent targeted killings in Srinagar where a police constable was shot dead by militants. He said, "There were targeted killings then we had the killing of fishermen and today this and we still have a ceasefire, I do not understand. I think it is time to give it back. It is time to go back to Uri surgical strike and Phulwama surgical strike and perhaps much more.. we like to live in peace provided we are allowed to live in peace."

The retired army Major General also stressed that China's illegal occupation of Tibet is the primary cause of disputes along the border that the country had been facing since long.

Meanwhile, last month following the 13th round of Corps Commander-level talks between India and China where the latter failed to provide any forward-looking proposals, Major General GD Bakshi had stressed that China's false promises over the peaceful settlement explains its provocative behaviour towards India.

"China has no business to occupy land that rightfully belongs to India," Bakshi said. He further stated that China has repetitively asked India to peacefully settle the border issues but has never acted accordingly.

GD Bakshi informed, "China has no interest in resolving the issue but will further plan acts that will be provocative to India's conduct."

India has undertaken some major developments one year after the 2020 Galwan Valley clash. These include building infrastructure to enhance connectivity and deploying additional troops to tackle any possible aggression by the Chinese. In the sector of troop accommodation, the biggest achievement of the defence forces has been in creating accommodation for the troops as the Military Engineers have created facilities that were planned to have been built in the next five years, within the last 11 months.

Officials said that the preparedness of the armed forces is now at a level where the Chinese or any other adversary cannot surprise us in any way.