In a shocking incident, an exam paper has come to light from Gujarat on Monday in which a question was asked to answer "How did Mahatma Gandhi commit suicide?"

In a shocking incident, an exam paper has come to light on Monday in which a question was asked to answer "How did Mahatma Gandhi commit suicide?" This was a question in an examination paper which left the students of class 9 and class 12, in a school in Mansa area of Gujarat's Gandhinagar, surprised. The school also runs under the banner of ‘Sufalam Shala Vikas Sankul’ in Mansa area.

Speaking to Republic TV over the incident, the school officials have clarified that there are a few schools in the area which are self-financed and not run by the Gujarat state government. However, several of the schools run on certain grants that are given to the schools by the state government. The exam paper was notably set by teachers of the school themselves. Later, it was found that it was an internal examination of the school in which the question was asked.

Republic TV confronted the District Education Officer Bharat Vadher, who shirked off of the accountability of the government and instead blamed the schools itself. He further said that an internal enquiry has been ordered into the matter by the school authorities.

“The government did not have any say in the entire matter. We did not set that paper, and we did not get that paper here either. It was an internal exam that was given to the students for a practice session so that they are better prepared for the board exams. We have ordered an enquiry into the matter and asked for a report from these schools. Whoever is accountable will be found out,” Vadher told Republic TV when cornered about the issue.

Another question asked in the exam paper was: ‘There is a lot of circulation of liquor in your area, Write a letter to the district police officials.’ For this question as well, the DEO office claimed that there is an enquiry that has been ordered by the Ministry of Education in order to find out why such inappropriate and factually incorrect question were asked to the students of Class 9 and 12 in the Gujarat schools.

Office of Bhupendrasinh Chudasama, who is Gujarat's Dholka MLA, also conveyed that there is a procedure that has been set in motion to make sure that such instances do not happen in the future.

“Even though the government did not set the question paper, we have asked for a report from a couple of self-financed schools. We have zero-tolerance about these kinds of mistakes,” said officials of Ministry of Education, Government of Gujarat. 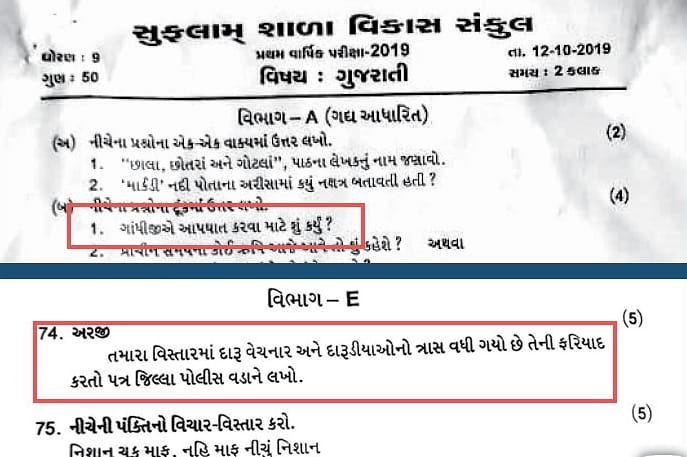 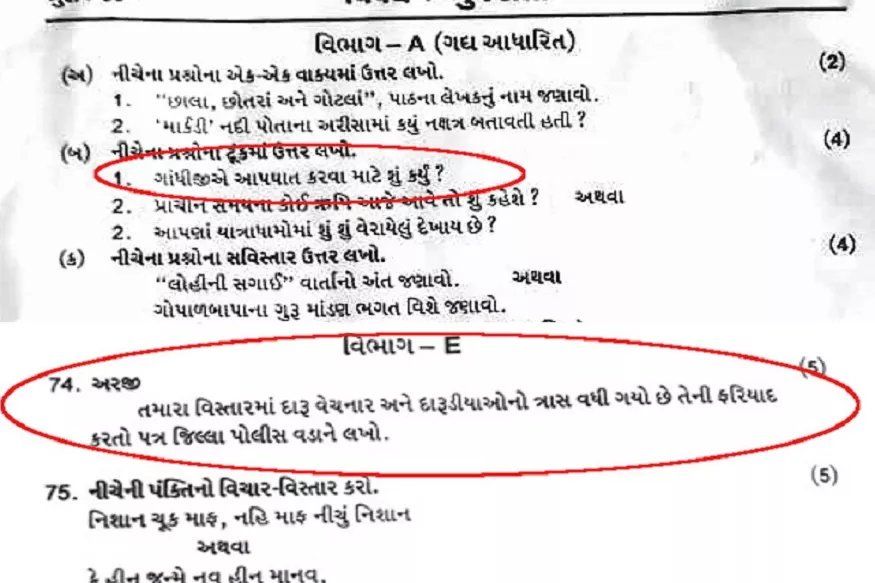