There were landslides reported on the National Highway 305 at Shojha in the Kullu district of Himachal Pradesh on Sunday, traffic disrupted 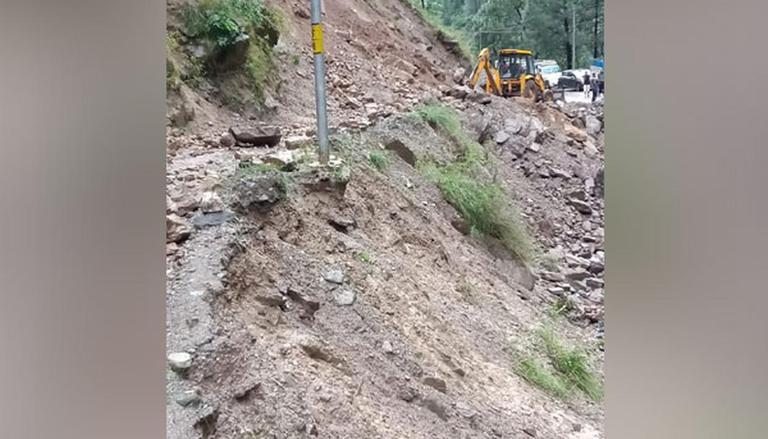 
There were landslides reported on the National Highway 305 at Shoja in the Kullu district of Himachal Pradesh on Sunday. Due to the incident, the weekend traffic was heavily disrupted as the commuters had to wait till the officials could clear the debris and confirm that the threat was over. According to the officials, heavy rainfall lashed the region over the past week has caused this landslide.

The Sub Divisional Magistrate of Banjar district in Himachal Pradesh said, "The landslide blocked the National Highway 305 on Sunday morning due to continuous rainfall in the region." He further continued that no casualties or injuries were reported. The ground team was quickly onto the site of damage and began the road restoration work.

Earlier this week on September 9, the India Meteorological Department (IMD) had issued a yellow alert over the region of Himachal Pradesh. It predicted moderate to heavy rains from September 9 to September 12. According to the Director of State IMD, few districts including Kangra, Hamirpur, Solan, Shimla, Bilaspur, Una, and Sirmaur received heavy rainfall.

In the monsoon season of 2021, the number of landslides and floods has been awfully high. For instance, in 2021 alone, there have been 246 reported deaths because of natural disasters and accidents during the monsoon season. Before the month of August began, 218 people had been killed due to natural disasters. In a glaring statistic, the state of Himachal Pradesh has already recorded at least 35 major landslides since the monsoons began on June 13 till July 30. This number is more than double the total number of landslide incidents last year.

One major reason for the increase in landslides could be the increase in development projects in the state. Projects like construction projects of highways to hydropower projects have been assigned all over the state and are considered an important part of India’s clean energy plans. However, the debris from these projects and newly built roads up the terrains stop the water streams midway through the hill and do not let them meet the river streams in the alley. Therefore, the soil has to hold excessive amounts of water. When it rains heavily, the water level in the soil becomes too much and the surface collapses. This has been a pattern in not just Himachal Pradesh but in other states as well.

READ | Landslide crashes into homes on outskirts of Mexico City