Chief of Air Staff, Air Chief Marshal Vivek Ram Chaudhari assumed his role on Friday and said that his first priority is to ensure the country's safety. 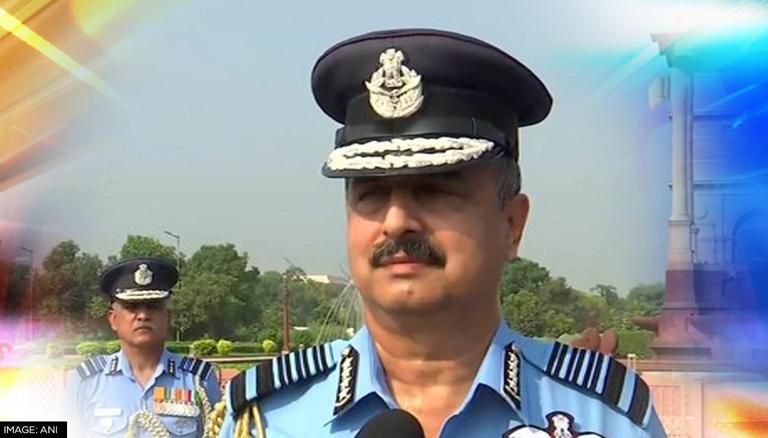 
Chief of Air Staff, Air Chief Marshal Vivek Ram Chaudhari assumed his role on Friday and said that his first priority is to ensure the safety of the nation through the appropriate and correct use of the "airpower". He further said that the "Air Warriors" have a lot of potential and can be better prepared for any future wars. Chaudhari said while speaking to ANI, "My first priority would be to ensure that the safety of the nation is assured through the appropriate and correct use of the airpower. Secondly, to be able to train, motivate and equip all our personnel to take on challenges of future warfare." He further spoke on the Air Force’s role in maintaining peace at the border, “Through correct training, use of all present equipment and what we are getting in future, correct utilisation of all equipment and manpower."

Chief of Air Staff said that the next prominent step of the Air Force would be to become self-reliant. Through the ‘Make in India’ initiative, the Indian Air Force has taken a big step towards self-reliance as the IAF has signed the contract for 83 light combat aircraft (LCA), the Advanced Medium Combat Aircraft (AMCA) and LCA-Mk2. Chaudhari said, "The surface-to-air guided weapons and a whole lot of other equipment are on the cards. We will ensure that our focus towards Aatmanirbharta will continue in all our procurement plans."

Vivek Ram Chaudhari became the Chief of Air Staff after Air Chief Marshal RKS Bhadauria retired on Thursday. Chaudhari has served in several positions of high command at both field formations and air headquarters and would be taking charge of responsibilities at a time when border disputes with China are still not under control, along with the ongoing tension with the new Taliban government of Afghanistan. Chaudhari is an alumnus of the National Defence Academy and Defence Services Staff College, Wellington and he has commanded a frontline fighter squadron and a fighter base during his career. He has also held various other positions including the Deputy Commandant, Air Force Academy; Assistant Chief of Air Staff Operations (Air Defence) and Assistant Chief of Air Staff (Personnel Officers).