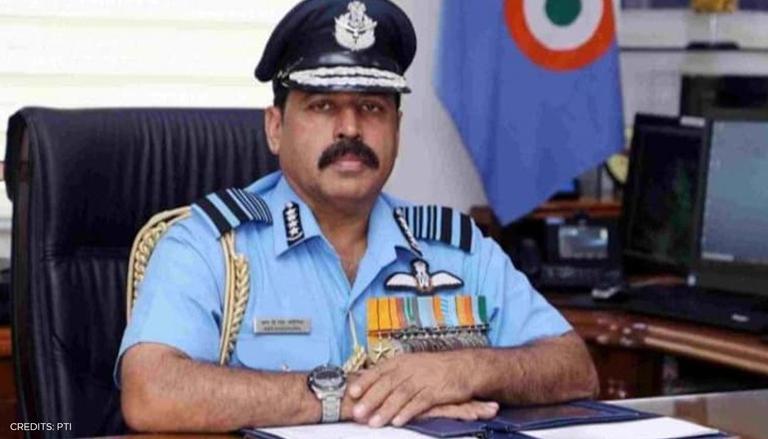 
Indian Air Force (IAF) Chief Air Chief Marshal RKS Bhadauria on Saturday embarked on an official goodwill visit to the United Arab Emirates (UAE). Bhadauria will be visiting the Arab nation at the invitation from Major General Ibrahim Nasser M Al Alawi, the Commander of the UAE Air Force and Air Defence (UAE AF & AD). The visit will be to strengthen air defence cooperation between the two countries.

India's Ministry of Defence said in a statement, "Air Chief Marshal RKS Bhadauria embarked on an official goodwill visit to UAE." Bhadauria received the invitation from Major General Ibrahim Nasser who handles UAE's Air defence and Air force. The official statement further added, "Indian Air Force and UAE AF & AD have had significant professional interactions in the past few years and this visit will further strengthen the defence cooperation and Air Force level exchanges, as part of the comprehensive strategic partnership between the two sides."

Air Chief Marshal RKS Bhadauria, Chief of the Air Staff, embarked on an official visit to the UAE. He is visiting the UAE on an invitation from Major General Ibrahim Nasser M Al Alawi Commander UAE Air Force and Air Defence.

The Chief of Air Staff (CAS) visited the Southern Air Command, Thiruvananthapuram, on July 15. He instructed the Southern Air Command to remain ever-ready for fulfilling its operational mandate. He made the remarks at a commanders' conference of the SAC in Thiruvananthapuram, according to the Indian Air Force (IAF). "In his address to SAC Commanders, the CAS re-iterated the need for IAF to remain ever ready for fulfilling its operational mandate," the IAF said in a statement. It said he appreciated the efforts of the SAC in fast-tracking numerous infrastructure initiatives and undertaking tasks of operational significance within its area of responsibility. "The Chief of Air Staff also expressed his satisfaction at the swift operationalisation achieved by newly inducted assets particularly LCA Tejas and Su-30 MKI squadrons," the IAF said.