Araga Jnanendra visited the Command Hospital in Bengaluru and enquired about the condition of Group Captain Varun Singh who was injured in the Coonoor crash. 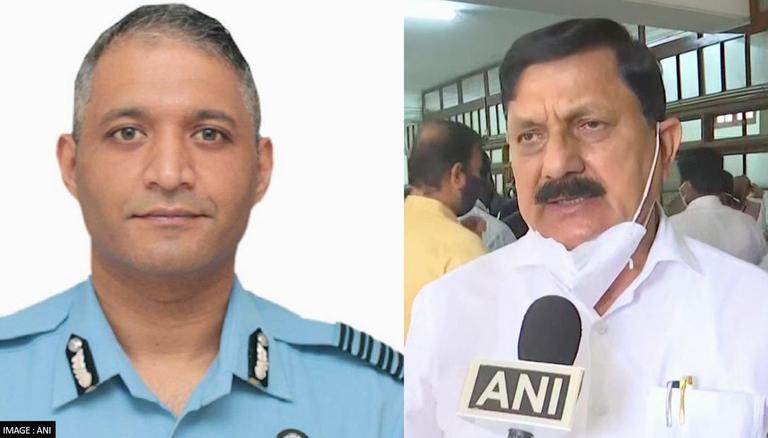 
As Group Captain Varun Singh’s health condition continues to be critical, Karnataka Home Minister Araga Jnanendra on Sunday, December 12, assured all support and help from the state government for his treatment.

The IAF officer was injured while travelling with India's first Chief of Defence Staff (CDS) General Bipin Rawat, his wife Madhulika Rawat, and 11 other defence personnel who were onboard IAF’s Mi-17V5 chopper that crashed near Tamil Nadu's Coonoor. The crash took the lives of the 13 other officials, including General Rawat.

Jnanendra visited the Command Hospital in Bengaluru and enquired about the health of the lone survivor of the Tamil Nadu military chopper crash. He assured all support and help and further prayed for Varun Singh's speedy recovery, the homes minister's office informed in a statement.

'I pray for his speedy recovery': Karnataka CM Bommai

Varun Singh was the only person to survive in the helicopter crash in Tamil Nadu. Initially, he was admitted to the Army hospital of Wellington in Tamil Nadu. On December 9, he was shifted to Bengaluru for further treatment.

Providing details on his son's condition, Singh's father, Colonel KP Singh (retired), a resident of Bhopal had told PTI, "I can't say anything about that...I am not sure."

According to ANI reports, Bommai informed that Singh is receiving the "best medical treatment from specialist doctors" at the hospital. “I pray for his speedy recovery", he added.

IAF officer Varun Singh is a gallantry award winner and hails from a family of military personnel spanning over three services. Deoria in eastern Uttar Pradesh is Singh’s paternal village.

Singh’s father, Colonel KP Singh (retired), is an Army personnel from the regiment of Army Air Defence. While Singh’s brother, Lieutenant Commander Tanuj Singh, is an officer in the Indian Navy.

Singh who is currently posted at the Defence Services Staff College as Directing Staff is based at the Sulur airbase as a Wing Commander. CDS Bipin Rawat was scheduled to address the same college when the chopper crashed near Coonoor in Tamil Nadu. As per the reports, Singh was recently promoted to the stature of Group Captain from Wing Commander.

(With inputs from PTI, Image: ANI)