The Inter-Ministerial Central Team (IMCT) on Friday wrote to West Bengal Chief Secretary Rajiv Sinha asking him to explain the methodology used by the ‘Committee of Doctors’ in the state to ascertain death due to COVID-19 and also if it is in line with Indian Council of Medical Research (ICMR) guidelines.

The IMCT said that the Principal Secretary (Health) in his presentation had mentioned that if a COVID-19 patient dies in a road accident, "He cannot be said to have died of COVID. The IMCT did not find the reasoning convincing as there is no comparison between a road death and a death in a hospital due to disease," the letter said.

READ | 'Why Should They Come Here & Expect Us To Cooperate?': WB Chief Secretary On IMCT's Visit 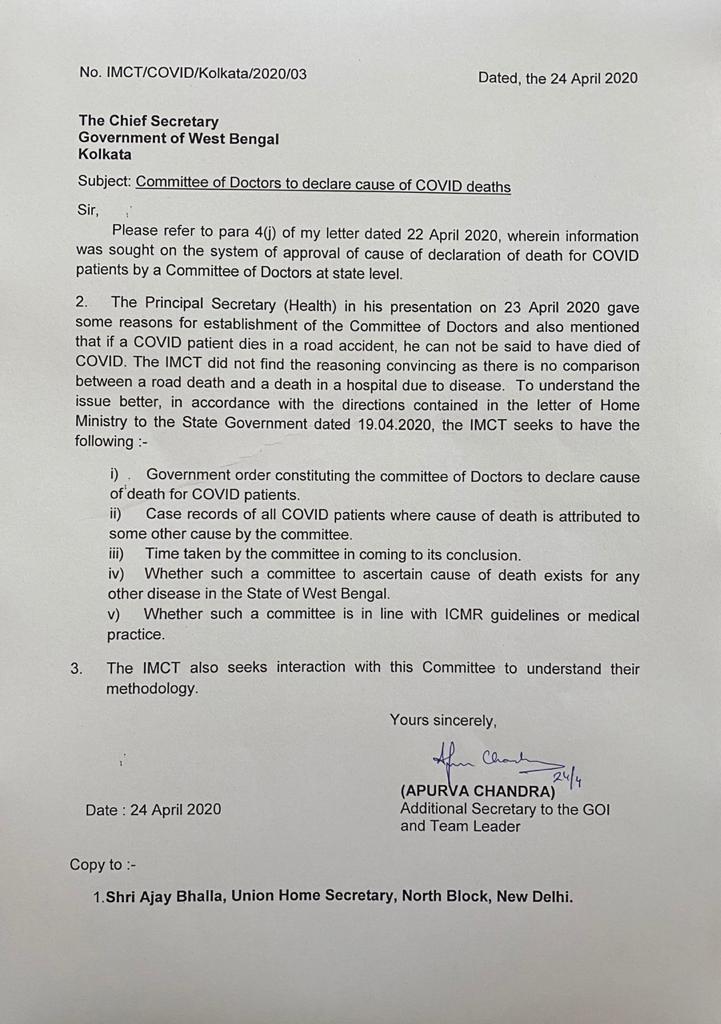 In a separate letter to the CS, the team also raised some critical observations in relation to their Thursday visits to COVID hospitals in Kolkata. The IMCT said that there were a large number of patients in the isolation wards of CNCI and Bangur hospitals awaiting COVID-19 test results for five days or longer and said that there is a danger of those testing negative acquiring the infection in the hospital while awaiting their test results.

The letter also said that there were reports on social media that dead bodies were lying on beds in a ward and upon inquiry, it was informed that it is possible that dead bodies lying there take at least four hours to issue a death certificate, after which the body is shifted to a mortuary. 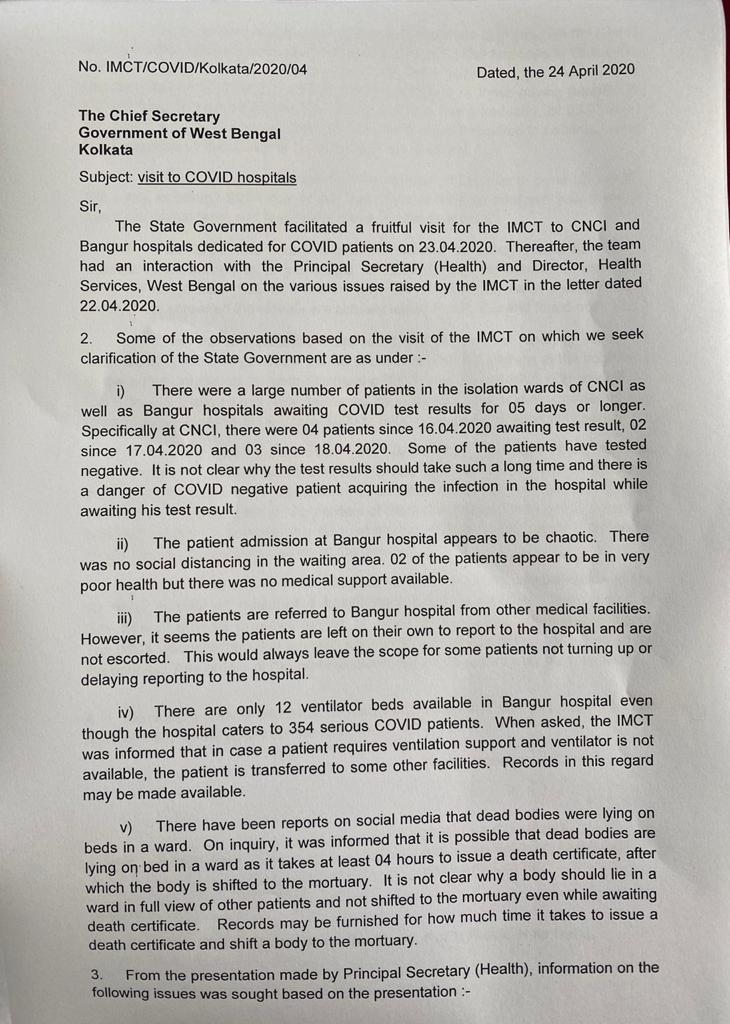 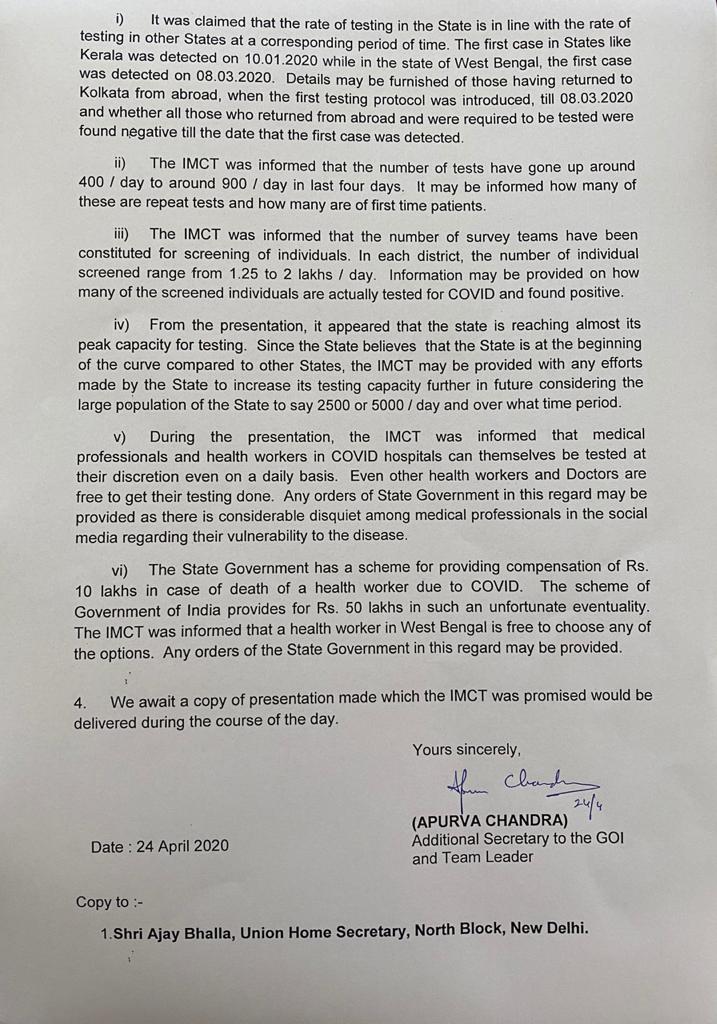