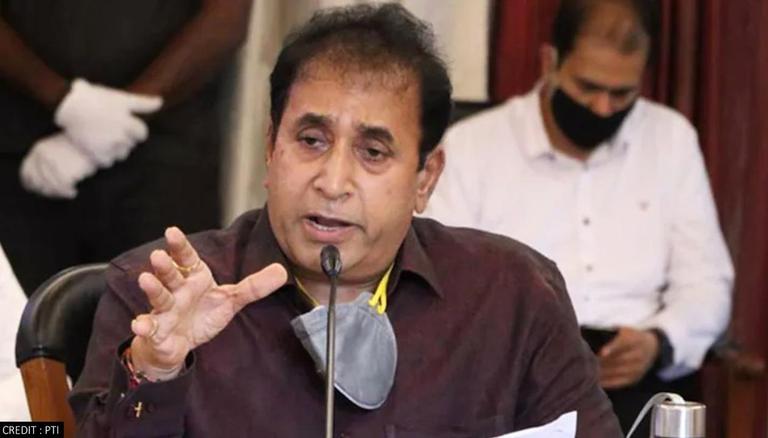 The Remand Copy states, "In the FIR, it is alleged, in brief, that Abhishek Tiwari, Sub Inspector, CBI, AC-V New Delhi entered into a criminal conspiracy with Anand Dilip Daga and unknown others and disclosed case sensitive and confidential documents to Anand Dilip Daga, an authorised person for the purpose of subverting investigation of CBI case RC 2232021A0003 in lieu of undue advantage and illegal gratification to himself."

"In the interest of the investigation, accused Abhishek Tiwari and Anand Dilip Daga may kindly be granted police remand for 7 days," the remand copy added. 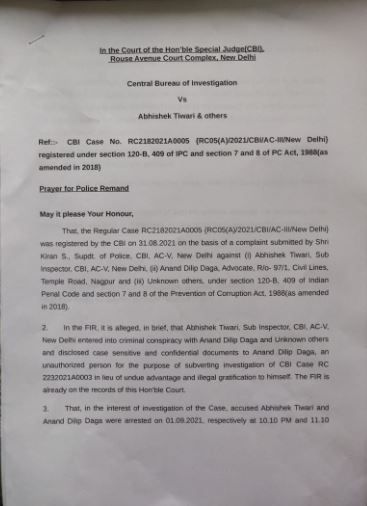 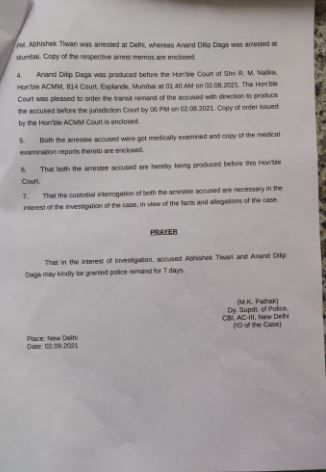 The CBI has also initiated an internal inquiry into the leak of a preliminary report in Anil Deshmukh's alleged extortion's case. The CBI has accused Deshmukh's legal team of allegedly being involved in influencing the CBI.

"Attempt of Anil Deshmukh's team were in contempt of the Bombay High Court which had directed that all concerned should fully cooperate with the CBI while conducting the PE (Preliminary Enquiry). In this case, it has appeared that Deshmukh's team tried to subvert the PE," an official told PTI.

According to Republic's sources, the inquiry team has strong evidence indicating that Anil Deshmukh’s team had attempted to influence the CBI team which was conducting the preliminary enquiry.

Former Mumbai Police Commissioner Param Bir Singh accused Anil Deshmukh of asking disgraced sacked Mumbai cop Sachin Vaze to collect Rs 100 crore per month from bars, hotels, and restaurants of Mumbai. He alleged that Deshmukh had said that a monthly collection of Rs 40-50 crores were achievable from such establishments and the rest could be 'collected from other sources'. Anil Deshmukh and NCP had refuted all extortion allegations saying that Param Bir Singh was making such allegations to save himself from the Mansukh Hiren murder case which is linked to the Antilia Bomb scare case.

Deshmukh had resigned as Home Minister on April 5 after the Bombay High Court's verdict to conduct a CBI inquiry on the extortion racket in Maharashtra. The Enforcement Directorate is also probing the case against Anil Deshmukh under the Prevention of Money Laundering Act, 2002 (PMLA) for allegedly obtaining illegal gratification which was based on the corruption case registered by the CBI.