Solicitor General Tushar Mehta urged the SC to hear the matter given its national significance. The Apex court will take up the matter for hearing next week 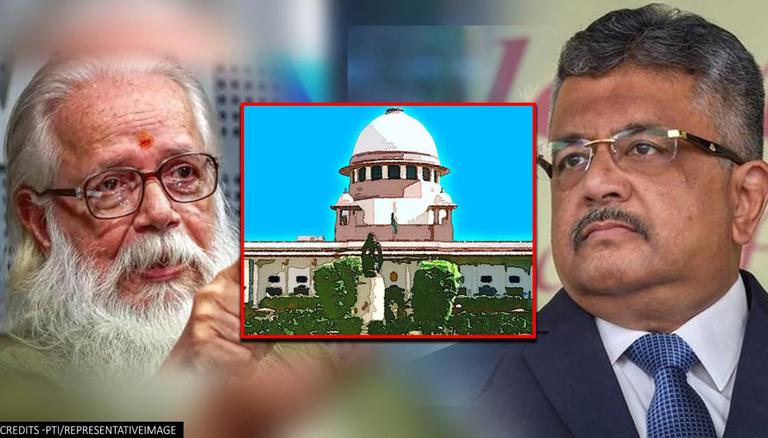 
The Centre on Monday filed an impleadment application in the Supreme Court of India to open the sealed copy of the report on the illegal arrest of former ISRO scientist Nambi Narayanan, and take action against the errant delinquent police officials who allegedly attempted to frame him. Solicitor General Tushar Mehta put the request before the Supreme Court to hear the matter on Tuesday, given the submission of the Justice DK Jain report in the matter being submitted, but the Supreme Court bench headed by CJI S A Bobde observed "No doubt the matter is important, but there's no urgency in hearing it. It will be heard next week."

The development comes after the retired SC Justice DK Jain-led panel appointed by the Supreme Court to probe the illegal arrest of Scientist S. Nambi Narayanan in the ISRO espionage case of 1994 submitted its report to the Apex court. The Solicitor General said, "The report by the high-level probe panel appointed by the Supreme Court to take erring cops to task for anguish caused to ISRO scientist Dr. Nambi Narayanan in the 1994 espionage case has been submitted."

Findings by CBI that probed the matter for years

The Supreme Court had set up the panel after repeatedly observing that Narayanan had faced "tremendous harassment" at the hands of the authorities, while the CBI which took over the case in 1996 also had observed that "the ISRO espionage case accusing Narayanan of wrongdoing is false, and there is no evidence to back the charges." The CBI had stated this in 1996, 2018 and has now reiterated the facts in the apex court.

After the case was transferred to CBI, the premier investigating body discovered that then top police officials in the SIT team in Kerala were responsible for Narayanan's illegal arrest, PTI reported. In 2018, the SC appointed a three-member panel headed by former judge D K Jain, while the Kerala government was directed to give Narayanan a compensation of Rs 50 lakh, as he underwent "immense humiliation."

A Supreme Court bench headed by then CJI Dipak Misra in 2018, had observed "We are of the view that the appellant was arrested and he has suffered custody for almost 50 days. His arrest has been seriously criticised in the closure report of the CBI. From the aforesaid report, the harassment and mental torture faced by the appellant is obvious."