IN PICS: Rahul Gandhi Feasts On Dosa At Lunch In Patna After Being Granted Bail In 'all Modis Are Chors' Defamation Case

After Rahul Gandhi was granted bail n the defamation case filed by Bihar Deputy Chief Minister Sushil Modi over his 'Saare Modi Chor Hai' remark, he was seen savouring a plate of dosa.

After Rahul Gandhi was granted bail n the defamation case filed by Bihar Deputy Chief Minister Sushil Modi over his 'Saare Modi Chor Hai' remark, he was seen savouring a plate of dosa.

In pictures accessed by Republic TV, the former Congress president was seen sipping on what looked like a cup of filter coffee, along with other Congress leaders.

In a crowded restaurant, the Gandhi scion was seen eating a plate of dosa along with a bowl of masala at Basant Vihar in Patna. 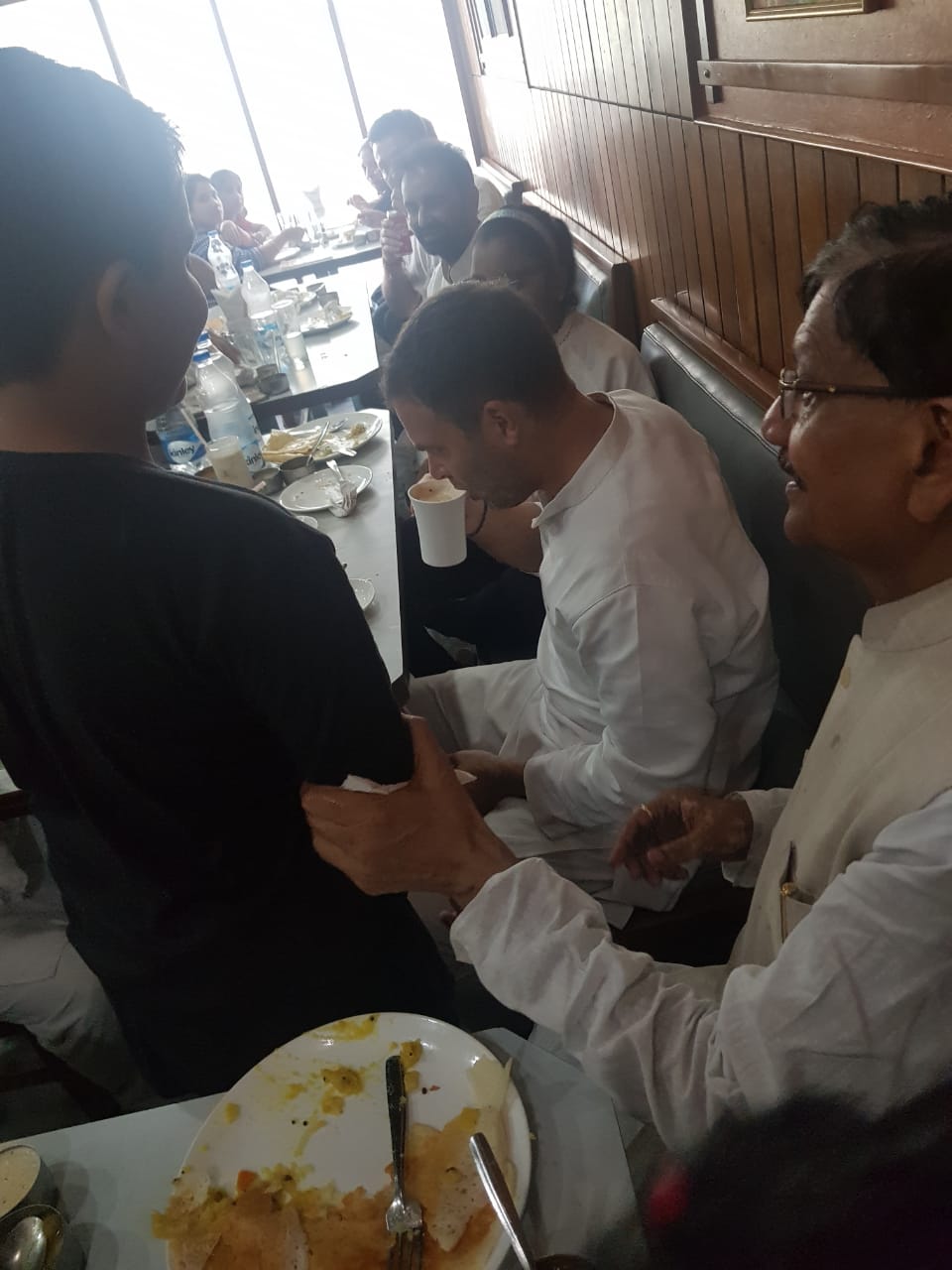 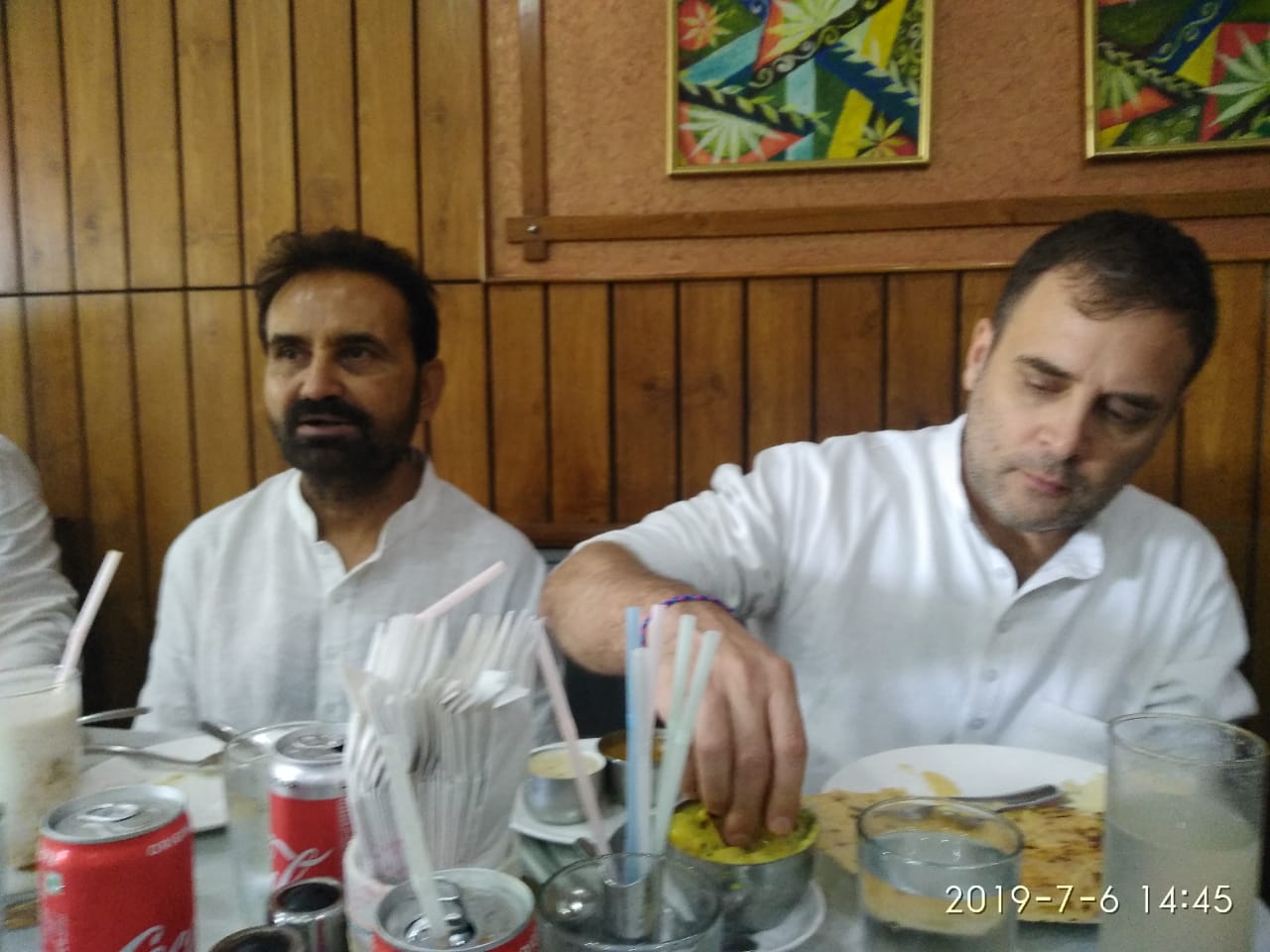 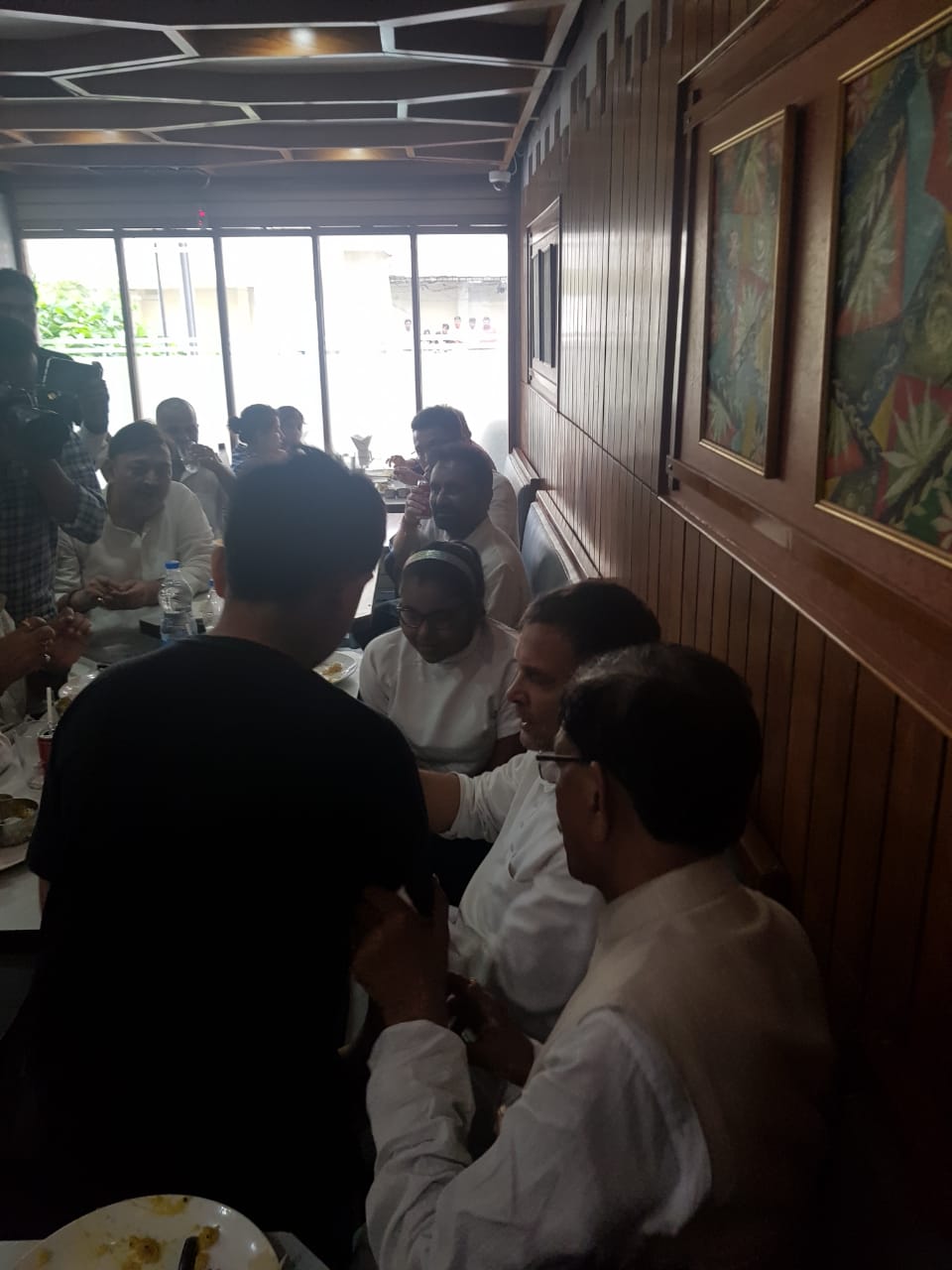 The former Congress president appeared before the Patna civil court on July 6 after he was summoned by the court over the defamation case filed on April 13, alleging that Rahul Gandhi's remark ' Saare Modi Chor hai', has insulted the 'Modi Community'

He said, "I have a question. Why do all thieves have Modi in their names — whether it is Nirav Modi, Lalit Modi or Narendra Modi? We don’t know how many more such Modis will come out."

Following this remark, Sushil Modi had expressed his displeasure against Gandhi's remarks maligning the Modi community.

Similarly, a petitioner in Bhopal had also filed  a defamation suit over the remark.

“I have faced a lot of insult because of his remark. A lot of people asked if all Modis are thieves and hence I filed the suit,” said Pradeep Modi, the petitioner.

Will file defamation suit against @RahulGandhi for calling all Modi’s surname CHOR.