President Jeenbekov gifted a Kyrgyz hat and a Chapan, which is a traditional coat from Kyrgyzstan to PM Modi which he gratefully bestowed upon him. He also presented the Prime Minister with a traditional Samova which is a container to heat or boil water. 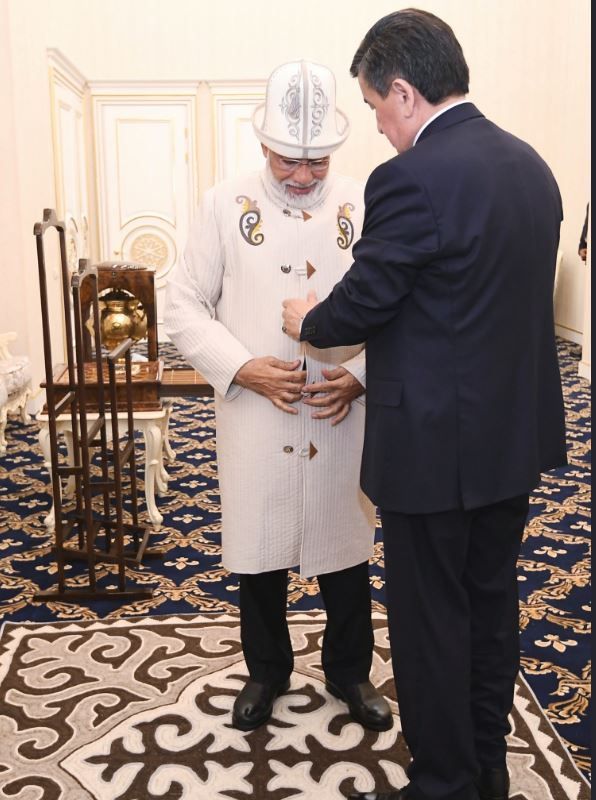 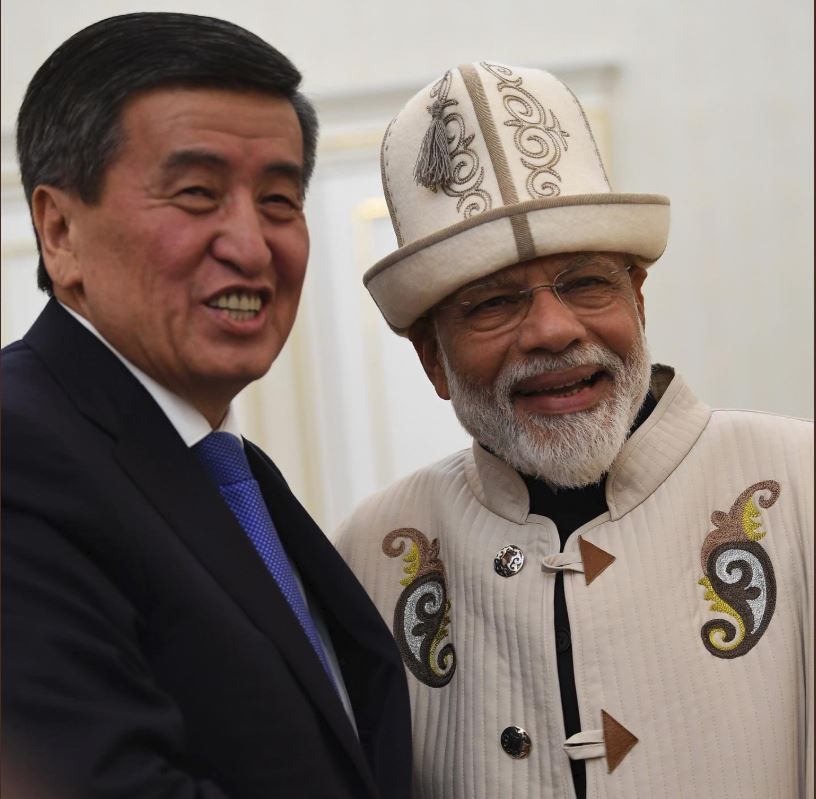 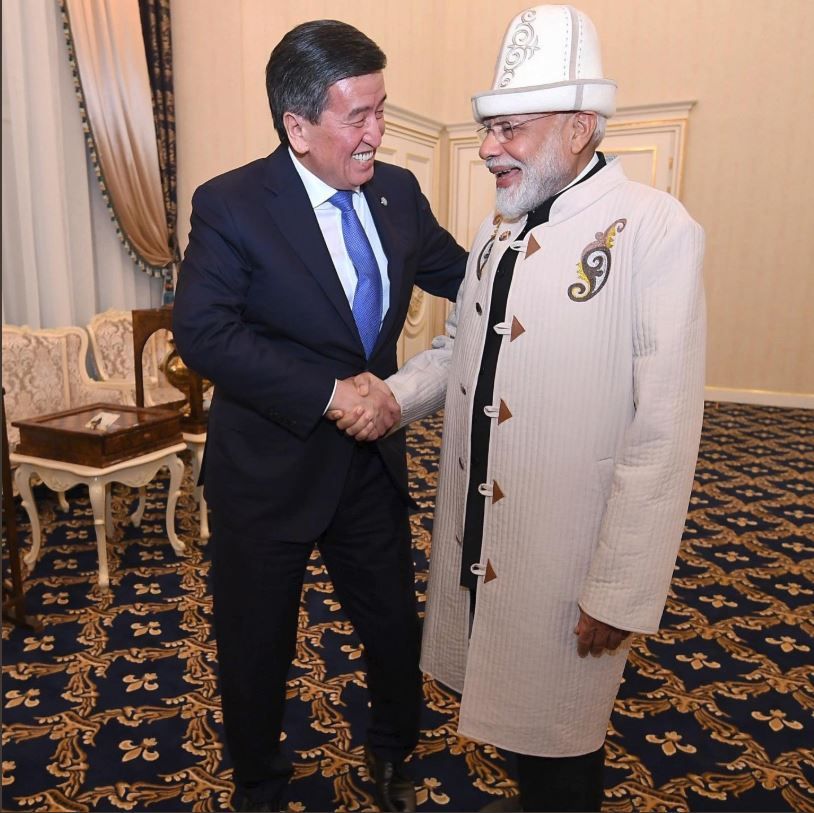 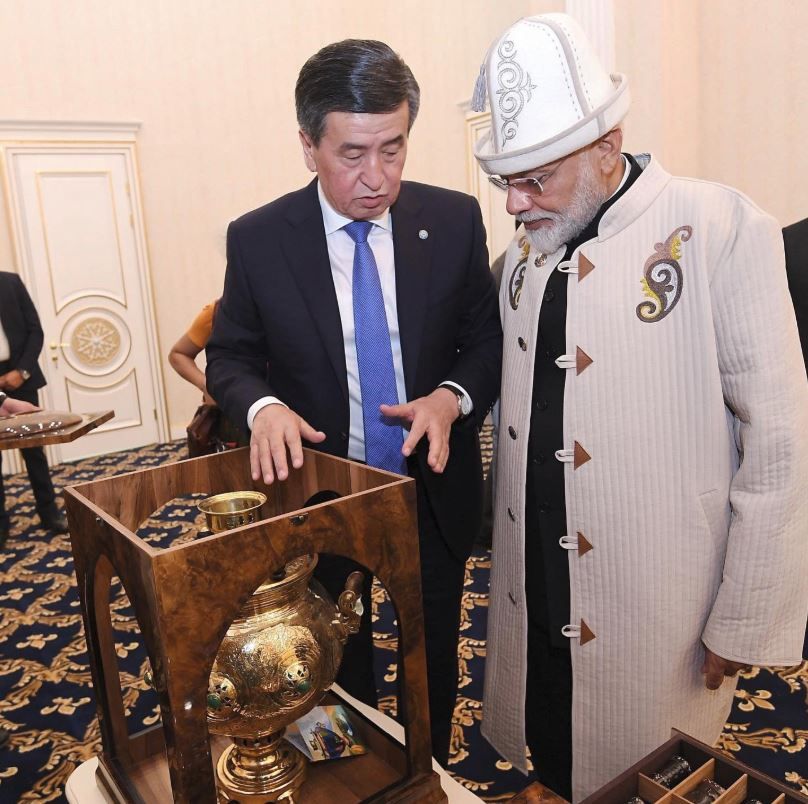 In Bishkek, President Jeenbekov presented PM @narendramodi a Kalpak, the traditional Kyrgyz hat, a Chapan, a traditional coat from Kyrgyzstan and a Samovar, a container to heat or boil water.

PM Modi is grateful to President Jeenbekov for this gesture. pic.twitter.com/iDEoWkD5Lm

On Friday, PM Narendra Modi said that India and Kyrgyzstan have prepared a five-year road map to increase the bilateral trade and urged the business communities from both countries to explore the untapped potential in various fields. While addressing the India-Kyrgyz Business Forum, PM Modi said that India and Kyrgyzstan have given the final shape to the Double Taxation Avoidance Agreement (DTAA) and the bilateral investment treaty, which would help in creating a proper atmosphere for the bilateral trade.

Furthermore, PM Modi also announced a USD 200 million line of credit for Kyrgyzstan after wide-ranging talks with Kyrgyz President Sooronbay Jeenbekov. The two upgraded their ties to the strategic partnership level and signed 15 agreements, including one to eliminate double taxation.

The two sides have also signed the Bilateral Investment Treaty (BIT), MoUs in the field of Health, security, defence and Information and Communication Technology.

While departing PM Modi thanked the people of the Kyrgyz Republic for hosting a productive SCO Summit:

Thank you to the exceptional people of the Kyrgyz Republic for hosting a productive SCO Summit. This Summit will boost multilateral cooperation and lead to many positive outcomes.

I also thank the Government of the Kyrgyz Republic and President Jeenbekov for the hospitality. pic.twitter.com/nRynHp0n4U

READ | NERVOUS MUCH? WATCH Imran Khan Whispering Into His Microphone While PM Modi Exposes Pakistan On Terrorism At SCO Summit