Where to watch Independence Day 2021 Live Streaming that PM Modi will deliver 8th consecutive I-Day address from the ramparts of the renowned Red Fort in Delhi. 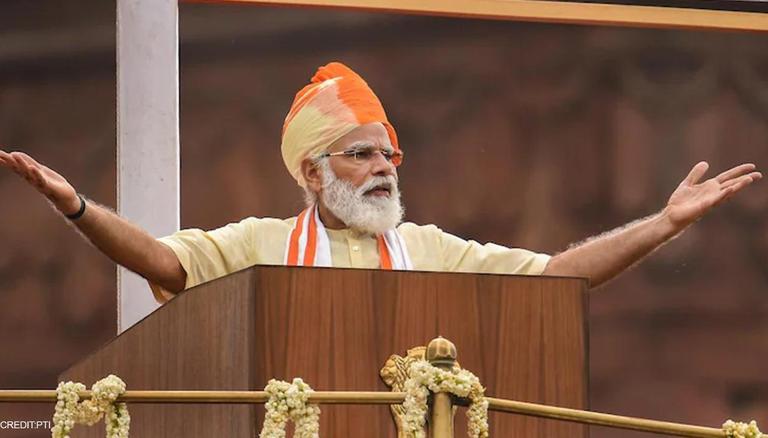 
On the occasion of India's 74th Independence Day, Prime Minister Narendra Modi will deliver his eighth consecutive Independence Day address from the ramparts of the renowned Red Fort. PM Modi's speech is expected to start about 7:30 a.m. after the tricolour is unfurled at the Red Fort. While some have been asked to attend the ceremony in person, others can watch the festivities from the comfort of their own homes.

The live coverage of Independence Day celebrations on DD and All India Radio will begin with President Ram Nath Kovind's speech to the country on the eve of Independence Day. On August 15, the live broadcast will span more than 40 camera perspectives to provide a wide and expanded view of the historic moment when PM Modi unfurls the tricolour at the Red Fort.

Where to watch the independence celebration parade live

The full ceremonies will be broadcast live on AIR's national channels in Hindi and English, with patriotic and cultural programming airing throughout the day. Three multi-camera OB vans will provide a 360-degree panoramic perspective of the Red Fort ramparts. Interestingly, vernacular national dailies have planned for numerous regional languages and sign language broadcasts of the President's speech to the country to provide inclusive coverage.

At indianidc2021.mod.gov.in, the central government has unveiled a new website for this year's 74th Independence Day festivities. Each invitation will be given a QR code, and invitees will be able to indicate their readiness to participate using the same site. Dr Ajay Kumar, the Defence Secretary, unveiled the website on August 3 to commemorate the approaching events. As five pillars of 74 years of independence, the massive national event will focus upon India's freedom struggle, ideas, achievements, and resolutions.