Amid the dire humanitarian situation in Afghanistan after the Taliban seized power, India has expressed willingness to send foodgrains to the war-torn country. 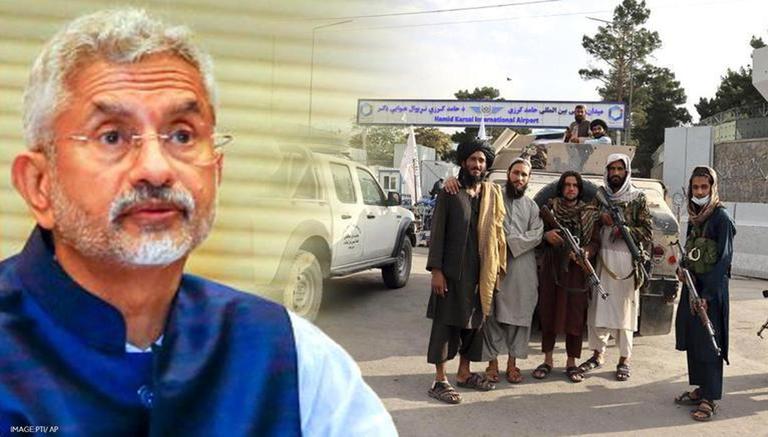 
Amid the dire humanitarian situation in Afghanistan, India has expressed willingness to send foodgrains to the war-torn country. Addressing a press briefing on Thursday, Foreign Secretary Harsh Vardhan Shringla reiterated PM Modi's stance at the G-20 Extraordinary Summit on Afghanistan held on October 12. On this occasion, the PM had called for unhindered humanitarian assistance to the people living there and batted for an inclusive government. In a clear snub to the Taliban, Shringla made it clear that such assistance will be distributed only via the United Nations or other independent agencies.

Foreign Secretary Harsh Vardhan Shringla remarked, On the issue of humanitarian assistance, I think we have been forthcoming because we realised that that assistance is for the people of Afghanistan, and Prime Minister did offer to contribute food grains to alleviate that situation. We did say that we would like to see such assistance provided in a direct, unhindered and unimpeded manner, and that its distribution also should be through the UN or other independent agencies. But what is important is that we are alive to the situation of the humanitarian needs of Afghanistan, and we will be responsive to that situation, if the correct circumstances are prevalent in doing so."

India's first formal interaction with the terror outfit since the change of guard in Afghanistan took place on August 31. The ambassador to Qatar Deepak Mittal and the Taliban Political Office head Sher Mohammad Abbas Stanekzai held a meeting at Doha in which the safety, security and early return of Indian nationals stranded in Afghanistan came up for discussion. Mittal also raised the concern that the war-torn country's soil should not be used for anti-Indian activities and terrorism. Meanwhile, an Indian delegation led by MEA Joint Secretary JP Singh met Taliban representatives at the Moscow format meeting on October 20.

#WATCH | We have been forthcoming on the issue of humanitarian assistance (to Afghanistan). We will be responsive to that situation if current circumstances are prevalent in doing so: FS HV Shringla on being asked if India will offer food grains to Afghanistan pic.twitter.com/1MJ6HenUNF

Centre's approach after the Taliban takeover

After the Taliban takeover of Afghanistan, the Centre has been focused on ensuring security in the war-torn country. For instance, PM Modi chaired meetings of the Cabinet Committee on Security on August 17 and 18 to review the evacuation process of the Indians and the steps taken to ensure the safety of Sikhs and Hindus stranded in Afghanistan. So far, India has evacuated over 800 individuals from Afghanistan which includes the Indian Embassy staff, their families, and security personnel as a part of 'Operation Devi Shakti'.

READ | Afghanistan: Over 30 cases of violence against journalists recorded since Taliban takeover

Meanwhile, the Ministry of Home Affairs introduced a new category of electronic visa called “e-Emergency X-Misc Visa” to fast-track visa applications of Afghans enabling them to enter India for 6 months. In the first sign of an engagement with India, Afghanistan Civil Aviation Authority's Acting Minister Alhaj Hameedullah Akhunzada wrote to the DGCA on September 7 to allow Ariana Afghan Airlines and Kam Air to operate their flights between the two nations. However, the Union government is yet to officially respond to this proposal.