Russian President Vladimir Putin arrived in India on Monday for a day-long summit. He was received by Prime Minister Narendra Modi at Hyderabad House. 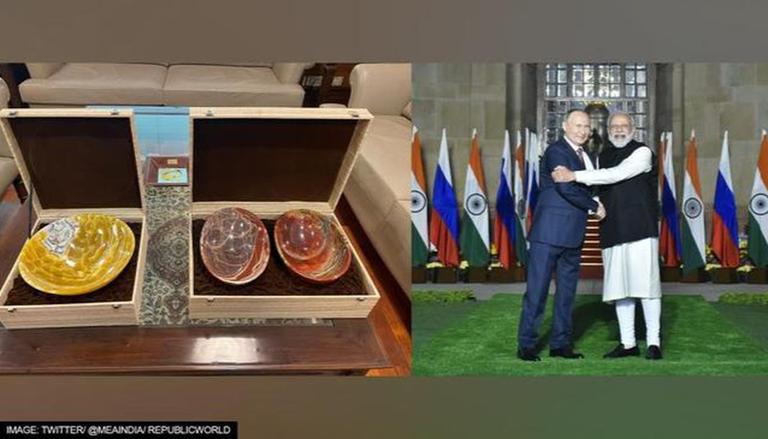 The note with the gift said, "Agate or Akik are semi-precious stones known for the fineness of grain and brightness. These stones are extracted from the mines of the hills and riverbeds by trade groups of Bhils. The artisans of the Khambat region of the State of Gujarat produce a wide variety of spellbinding ornaments, utilitarian products and decor articles." 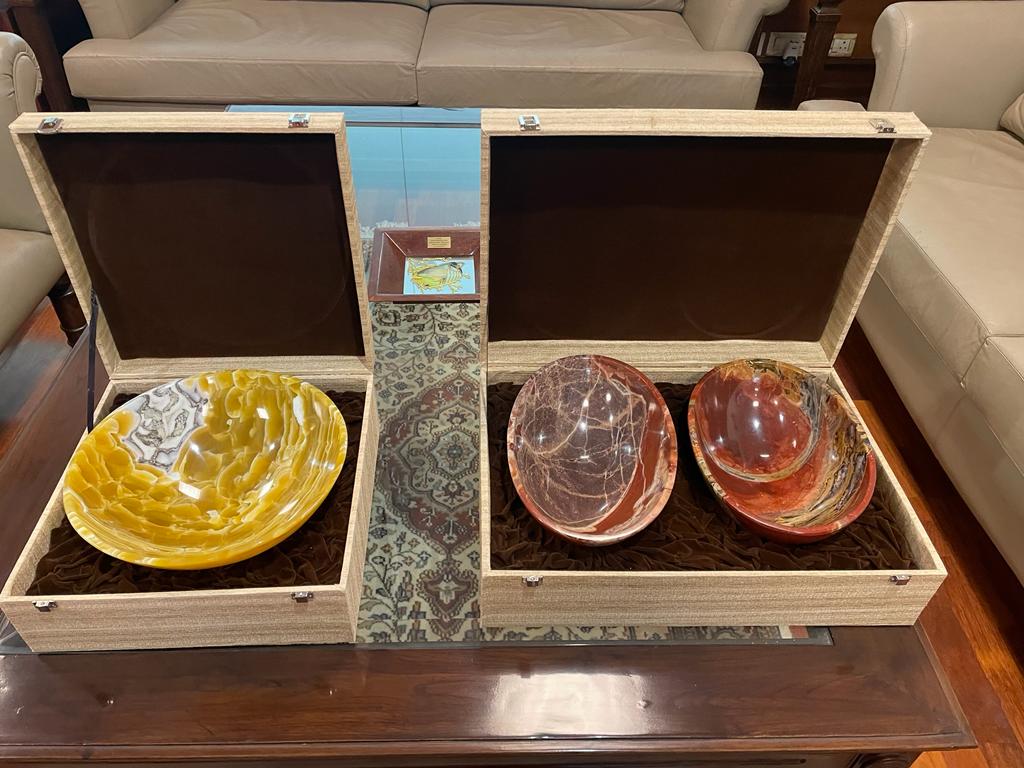 "One such product is Agate Bowls. There are made out of a single stone without any joins which involve prodigious craftsmanship and diligence. Agate stones have also remarked its significance from the Indus valley civilization (3300-1300 BCE) in form of beaded ornaments," it added.

Informing about how Akik gets its colours, the note added, "Agate occurs in a wide range of colours, which include brown white, red, grey, pink. black, and yellow. The colours are caused by impurities and occur as alternating bands within the agate. The different colours were produced as groundwaters of different compositions seeped into the cavity.

"The banding within the cavity is a record of water chemistry change. This banding gives many agates interesting colours and patterns that make it a popular gemstone," the note said at the conclusion, "Embrace the little-known but stunningly rare art which is Gujarat's legacy."

PM Modi in his opening remarks appreciated President Vladimir Putin for coming to India and said that the relation between India and Russia is truly unique and reliable. "Despite the challenges posed by COVID, there is no change in the pace of growth of India-Russia relations. Our special and privileged strategic partnership continues to become stronger," PM Modi said.

PM Modi also informed that both the nations are adopting a long-term vision to strengthen partnerships in economic affairs. "By 2025, we have set a target of trade worth $30 billion and investment worth $50 billion," he said.

President Putin said that Russia perceives India as a great power and a time-tested friend. He also asserted that the relation between Russia and India is growing. "It gives me great pleasure to visit India. Trade between the two countries fell by 17% last year, but this year saw a 38% increase in trade in the first nine months," Putin said.