Taking a U-turn on its travel policy, the UK government has permitted Indian travellers to visit the UK from October 11, 2021, 4 AM onwards. 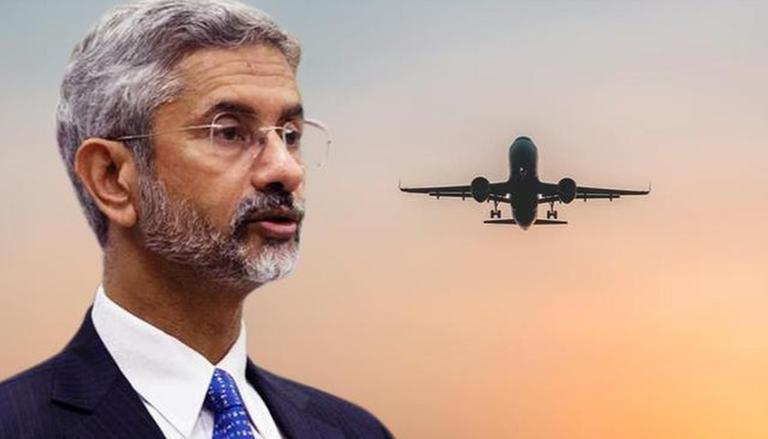 
External Affairs Minister S Jaishankar on Friday said that both India and the United Kingdom (UK) have agreed to facilitate travel between the two nations while implementing plans and strategies intended to be achieved prior to 2030. On Thursday, UK Prime Minister Boris Johnson removed the travel restrictions imposed on Indians travelling to Britain and has reversed its decision of imposing quarantine guidelines on fully vaccinated Indian citizens. Taking a U-turn on its travel policy, the UK government has permitted Indian travellers to visit the UK from October 11, 2021, 4 AM onwards.

Agreed to facilitate travel between our two countries.

This will help to implement the Roadmap 2030.

Meanwhile, as per government sources, the Centre is set to issue fresh guidelines for foreign nationals arriving from Britain.

"The Centre will issue fresh guidelines for foreign nationals from the United Kingdom after the British government ordered to discontinue mandatory COVID norms for those vaccinated with Covishield and travelling from India to the UK," sources said on Friday.

"Ministry of Health is going to issue fresh guidelines for foreign nationals from the UK after the country ordered to discontinue mandatory testing and quarantine norms for those vaccinated with Covishield traveling from India to the UK," sources added.

British High Commissioner to India Alex Ellis on Thursday made it clear that fully vaccinated Indian individuals traveling to the UK need not need to quarantine from October 11, thereby ending the scuffle over what New Delhi described as "discriminatory" travel rules by London.

The UK government had last month declared fresh guidelines making it compulsory for a 10-day quarantine and RT-PCR test even for fully vaccinated Indians traveling to the UK. Infuriated by the UK move, India in response has forced reciprocal rules for UK nationals traveling to India since October 04, 2021.

Notably, the Ministry of External Affairs on Thursday stated that there may be a prompt solution to the travel restrictions imposed between India and the United Kingdom. Addressing media persons, Ministry Spokesperson Arindam Bagchi had said that the matter was discussed with officials at different levels. "We took it up with UK authorities at various levels but without success, that's why October 4 onwards we have applied reciprocal measures for all UK nationals arriving in India, so that's in effect, discussions are ongoing, nonetheless, we remain hopeful that some solution may emerge," Bagchi had said.