The new Army Combat Pattern Uniform has been developed with the help of National Institute of Fashion Technology, after going through options of 15 patterns. 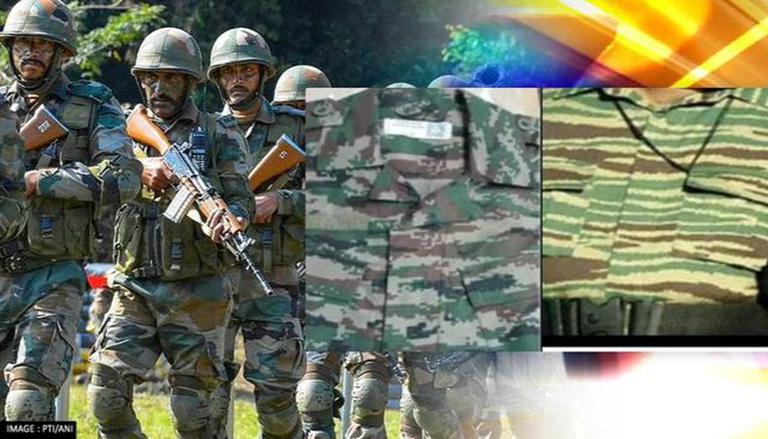 
Top Government sources informed on Thursday that the new Army Combat Pattern Uniform has been developed with the help of National Institute of Fashion Technology (NIFT) after going through options of 15 patterns, eight designs, and four fabrics. Sources shared an image of the two uniforms, one of the Indian Army and the other of the LTTE, and warned that false information is being spread on social media and filters are being used on the uniform image to distort facts. 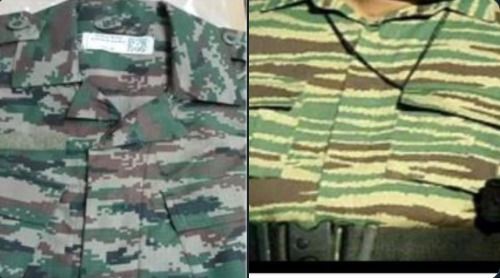 "New Army combat pattern uniform (in pic 1) is distinctively different from the erstwhile LTTE (in pic 2). Misleading information with malicious intent is being spread on social media wherein filters have been used on the new Army pattern to distort its appearance," said Government sources.

On Army Day, which is January 15, the Indian Army is set to unveil its new combat uniform, which has been developed in association with the NIFT.

READ | As Indian Army unfurls the tricolor at Galwan, experts say 'we have asserted our position'

"The DRDO designed ECWCS is an ergonomically designed modular technical clothing with improved thermal insulation and physiological comfort based on the insulation required at various ambient climatic conditions in Himalayan regions during different levels of physical activity," the statement by the Defence Ministry read.

In other news, on January 8, Union Railways & IT Minister Ashwini Vaishnaw had posted a video on Koo displaying an Indian soldier standing in the frigid snow with his armour protecting the border. The video posted by Union Minister Vaishnaw had gone viral. PRO Udhampur, Ministry of Defence, originally published the 13-second video on Twitter on January 7. The Railways Minister had shared the video with the caption, "Jai Hind." The soldier is shown standing with his armour and part of his legs are hidden in the snow as it continues to fall.

PRO Udhampur, Ministry of Defence, had also shared the video on January 7 with the caption, "No easy hope or lies Shall bring us to our goal, But iron sacrifice Of body, will, and soul. There is but one task for all One life for each to give Who stands if Freedom fall?"