Republic World spoke to the founder of India's first paranormal helpline about the nature of these calls and the idea behind setting up this helpline. 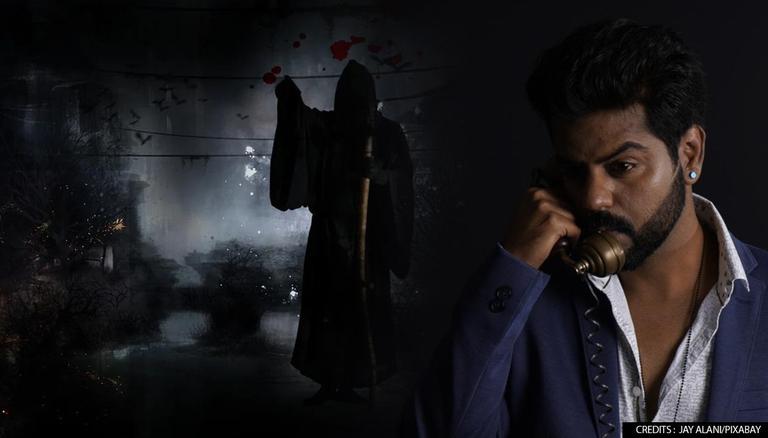 
India’s first and only paranormal helpline, set up in January 2020, has successfully attended 1000 calls this week. Started by The Paranormal Company, the helpline aims to “spread awareness against superstitions.” From calls made out of curiosity to people calling to share their paranormal experiences, the helpline has heard all types of bizarre and spooky accounts.

Republic World spoke to the founder of The Paranormal Company Jay Alani about the nature of these calls and the idea behind setting up this helpline. Jay, who is a well-known paranormal investigator, also hosts podcasts narrating his experiences of visiting “haunted” places. With millions of listeners, his podcasts "take you along in his journey to India's most haunted and horrifying locations to know the reality hidden under those walls of horror."

Speaking about the idea behind setting up a paranormal helpline, Jay said, “The main purpose of this paranormal helpline is to cut down the blind faith and superstitions as much as possible by telling and showing people the reality and logical reasoning behind the apparent paranormal events that they claim to have witnessed.”

Even though the helpline has received many calls so far, with a sharp rise especially during the lockdown period, the company managed to attend at least 1000 calls in one year. Jay, who is "fighting an uphill battle against blind faith and superstitions", believes that people should apply logic instead of falling prey to superstition.

“Paranormal helpline helps clear these superstitions and gives them a logical and scientific perspective. Within a period of 1 year, we have successfully attended 1000 calls to free people from the clutches of superstitions and fear,” Jay said explaining the aim of this helpline.

What type of calls does the paranormal helpline get?

The helpline, totally free of cost and easily accessible to anyone, has been receiving numerous calls on a daily basis. The paranormal investigator says while most people dial out of curiosity, some call to discuss their personal “paranormal encounters”.

Speaking about the nature of calls the helpline has been receiving, Jay said, “some people call only to know about something, some call to understand the technique of paranormal investigations and some are those who believe they are going through a paranormal encounter.”

Most bizarre calls on the paranormal helpline

Jay says in a country like India where faith and superstition are a large part of people's lives, a paranormal helpline is very important. He says that it is in the rural parts of the country where people are still being fooled in the name of 'ghosts' and 'spirits'. And thus, this helpline aims to reach out to maximum people and help them stay away from any such traps. While speaking to Republic World, Jay revealed some of the most bizarre calls that the helpline has received including one where a young girl pretended to be possessed to marry her lover.

“A family believed that their 17-year-old girl was possessed by some spirit. They spoke to an ojha and he told them that the girl was possessed by 17 spirits and it will take around 1 lakh rupees and 2 months of sadhana to get rid of the spirits. The girl’s brother approached us and we immediately got into action. Since the family was in Noida, I personally went there and met them. After a couple of sessions with the girl, I understood that she was faking it because she wanted to get married to her boyfriend and he was not acceptable by the family hence she faked a possession and made her parents believe that supernatural forces wanted her to get married to him because he is an angel and the only person who can save her from spirits,” Jay claimed.

‘Man believed his wife was a witch’

“We got a call from a man who believed that his wife was a witch and was acting weird for some time. He wanted us to do the witchcraft and bring her into the trials in front of the villagers. We tried to convince him to not fall prey to such practices. I sent him some money and booked an appointment for his wife with a psychologist. The psychologist later told me that the woman was suffering from depression and anxiety disorders. It was simple but the man never knew and wasn’t aware.”

‘Man wanted to speak to his wife who died of COVID’

“I got a call from a middle-aged man who wanted to talk to his deceased wife who had died because of coronavirus in Madhya Pradesh. He wanted to know the process and was ready to pay any kind of money. After we told him that it was not possible, he wanted to go to a tantric about whom he had heard. After a long conversation, we finally managed to convince him to not take any such path.”

What is your response to these calls?

Speaking about his response, Jay said that while initially, he was taking almost all the calls, it became more and more difficult as the number of calls kept rising. He said that most of the calls were made out of curiosity and had general queries based on internet searches. “Then we stopped the calling option and started WhatsApp audios, it helps us filter the cases. We now only call back to those people who are genuinely needed,” Jay told Republic World.

What is the reality of the paranormal world?

While many people claim to have had ghost encounters in their life, many believe it to be mere superstition. Jay has so far investigated more than 200 ‘haunted’ locations and says that he had never observed any paranormal activity in his life.

“I wish I had a definite answer but I am merely a human and this is beyond my reach. But yes, after investigating more than 200 locations I can certainly say that nothing has happened to me and I have never seen a ghost. I can’t say with certainty whether ghosts exist or not but I believe the stories we have been hearing since childhood have little to do with reality. Moreover, I believe that not ghosts but blind faith and superstitions are killing people. Women are being raped, people are being looted and my fight is against these social evils. I am not here to prove whether ghosts exist or not, my aim is to spread awareness and help people.”

The paranormal helpline number 9999518600 provides free assistance to spread awareness against blind faith, superstitions, black magic, witchcraft and other paranormal doubts. According to NCRB data, India has seen killings of 2290 persons, mostly women for practising witchcraft between the years 2001 and 2014. Jharkhand was reportedly ranked third in witch-hunting cases and recorded 15 murders related to the crime. Chhattisgarh with 22 murders was on top of the list.

WE RECOMMEND
‘Haunted’: Book about real-life ghost stories that will creep you out