Acknowledged as the youngest single man to adopt a child in India, Indore based Aditya Tiwari exposed the orphanage malpractices while sharing his struggle to adopt a child. In 2016, he adopted Avnish who is a boy suffering from Down Syndrome. Recently he shared a post on ‘Humans of Bombay’, which is a Facebook page. The post highlights the struggle that finally led to Avnish’s adoption and the problems faced with the orphanage. His post also exposed all the malpractices that were executed by the orphanage.

The post was then circulated on Social media. Aditya's post touched the hearts of many and his struggle motivated people across the Internet as it spread a message of harmony and humanity. Aditya in his post told to Humans of Bombay that five years ago he had visited the orphanage, to distribute sweets on his father’s birthday. He recalled that Avnish was lying in a corner and nobody paid any attention to him. Avnish was only 5-months old when Aditya first saw him.

“I couldn't help myself, so I went and picked him up - he laughed, and we just clicked”. 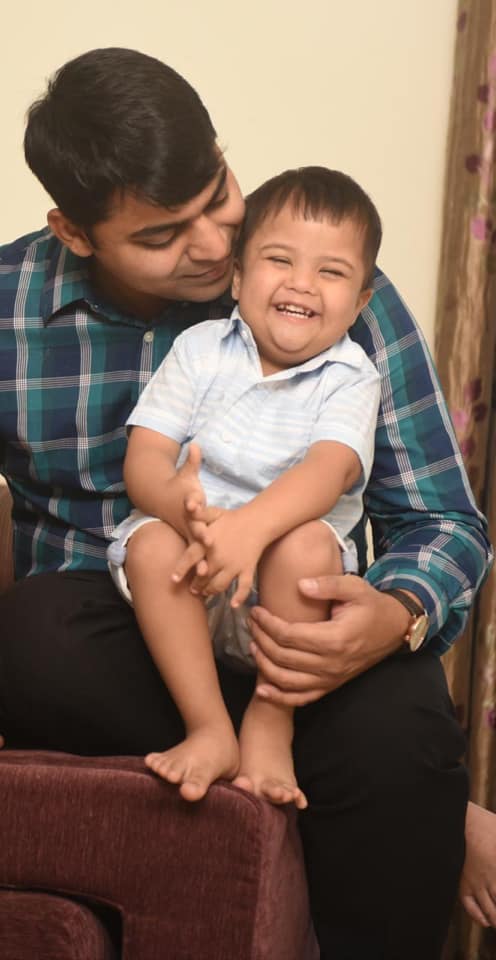 For Aditya, it was not just any temporary feeling of joy, as it turned into an unbreakable bond which witnessed a long and ugly struggle. The warden seemed insensitive to him. When he asked the warden about the kids being brought up at the orphanage, she told him that all the kids will eventually be adopted except Avnish. She justified her statement by calling him ‘paagal’, she further added that he has Down Syndrome and will anyway die in a few months.

The warden acted inhumanely and it was this that made Aditya ask the orphanage for Anvish’s adoption. The orphanage told him that "a bachelor, younger than 30 had no right to adopt." Constant failure did not stop Aditya from doing what he felt was right. In his post, he said that he would visit the orphanage regularly and ask about Avnish’s medical condition. He wanted to make sure that Anvish was provided the right treatment. Aditya said that the orphanage even shifted Avnish to Bhopal after becoming tired of his relentless "snooping" - which only made his determination stronger. Aditya then decided to visit Avnish on weekends. His constant efforts were sure to show results. He even approached several public figures and wrote letters to the ministers to amend the adoption laws in India.

It was only later that he discovered about children disappearing from the orphanage. He wrote, "I realized that there were many more undocumented kids at the orphanage. Something was fishy - a lot of these kids were disappearing and I suspected they were victims of child trafficking and organ selling."  Aditya decided to expose the orphanage. He filed an FIR and a petition to bring out the truth. Things started to go out of hand when Aditya started getting threatening calls. This vicious cycle stopped only when the Welfare minister decided to help him and responded to his petition. This catalyzed everything and eventually, adequate action was taken. The orphanage was exposed and banned. After eleven months, Aditya legally adopted Avnish which he stated as the ‘happiest moment’ of his life. This story opened many eyes about the reality behind orphanage and even established faith in goodness and humanity.

READ: Malala Leaves Netizens In Splits With Her Tweet On IPhone 11 Camera