Israel continued to assist India in its war against COVID-19 despite worsening clashes with Palestine. The country sent another consignment of medical aid. 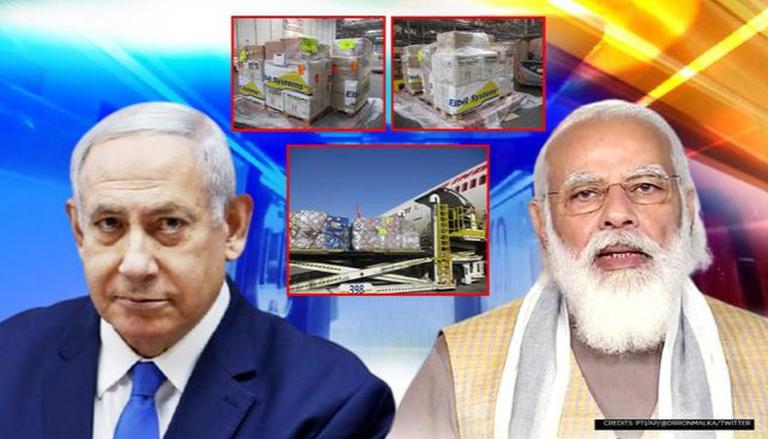 
Amid escalating clashes with Palestine, Israel continued to support India in its fight against COVID-19. Another consignment of almost 3 tons of oxygen devices and medical supplies arrived in India on Wednesday, May 19, which is donated by an Israeli private company Elbit Systems Ltd. While sharing the information on Twitter,  Ambassador of Israel to India Dr Ron Malka said that it is heartwarming to see the contribution of Israeli companies to the people of India.

He tweeted, "Another consignment of almost 3 tons of oxygen devices & medical supplies donated by @ElbitSystemsLtd arrived in #India from #Israel. It’s heartwarming to see more and more private Israeli companies contributing. This support comes from people to people!"

Last week, the first shipment of medical supplies, including oxygen concentrators, to aid India in its battle against COVID-19's second wave. External Affairs Minister S Jaishankar referred to Israel as a "true friend" and thanked the country for supplying oxygen and boosting India's O2 capacity. Also, the same week, Malka told Republic TV that a variety of medical supplies, including oxygen concentrators, oxygen generators, respirators, and other life-saving aids, are being shipped to India.

He had said, “We are searching, every corner in Israel to seek and collect as many equipment we can to send to India. As I said, these equipments are coming from both, public and private sector of the country. People of Israel are looking for equipment in houses, warehouses, and other places. Whichever equipment is not in use in the country is right now being sent across India. We are trying the send the best of equipment to our precious friend India.”

Dr Malka had said that the private sector and Israel's defence sector are working together to send medical assistance to India in its time of need and that the private and public sectors have joined forces to assist India in its fight against the deadly virus. He had stated that the defence sector is not only sending available equipment to India but also manufacturing special equipment for the nation. He had informed that, aside from this, everyone else who wants to help India can do so online. Several nations have either aided India by consigning requisite medical assistance or have stayed united implying a long-standing association.

WE RECOMMEND
COVID-19: Nepal confirms presence of B.1.617 Coronavirus strain in country
COVID-19: Indian Railways set to have 86 Oxygen plants for its hospitals
Johnson & Johnson's one-shot 'Janssen COVID-19 vaccine': Here is all you need to know
Israel's IDF: Hamas fired 3300 rockets out of 12000; our focus is its underground infra
COVID-19: Uttarakhand govt issues SOPs for Amphotericin B drug for Black fungus treatment