Chief Minister Dhami said that at least 100 to 150 pre-fabricated huts would be built in order to help the people displaced by land subsidence in Joshimath. 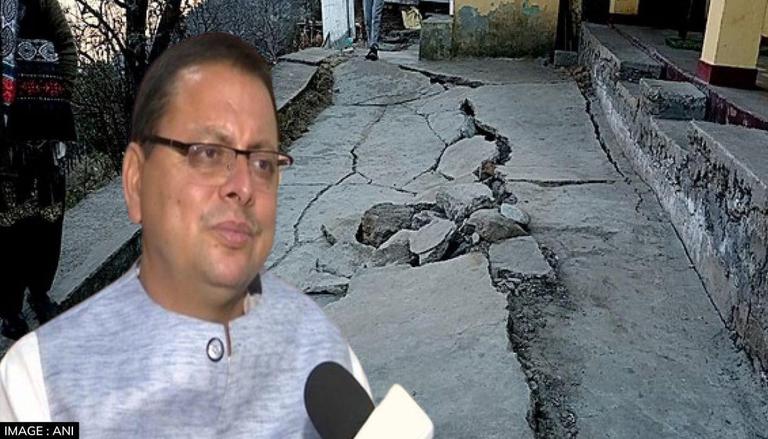 
Amid the ongoing crisis in Uttarakhand’s Joshimath, Chief Minister Pushkar Singh Dhami said that the government is working towards temporary rehabilitation and pre-fabricated houses for the affected families migrating from the area due to land subsidence.

According to the official statement released by the Uttarakhand government, Chief Minister Dhami said that at least 100 to 150 pre-fabricated huts would be built in order to help the people affected by subsidence.

Appealing to everyone to be cooperative in helping the affected people of Joshimath, the Chief Minister said, “Rehabilitation works are in progress in the area. The Char Dham Yatra is to begin after four months. He said that at such a time the message should not go that the entire Joshimath area is unsafe.”

“Many misconceptions are being spread about Joshimath, which are not correct. Around 70 per cent of shops are open and essential work is being conducted normally,” Dhami added.

Stating that the development work in the area is government’s top priority for now, the Chief Minister said, “We have to work in this direction so that the Joshimath area, which has cultural, religious and strategic importance, should be safe. It is our duty to make Joshimath return to its old form.”

After Joshimath was hit by land subsidence that displaced several people, the District Magistrate of Chamoli, Himanshu Khurana, said that the Central Building Research Institute (CBRI) has been building one, two and three BHK model pre-fabricated huts for the affected families.

The Chamoli DM instructed the authorities to speed up the development work by inspecting the site and added that the land has also been selected in Dhak. “For this, the Disaster Department has released Rs 2 crore 14 lakhs,” he said.

Meanwhile, Secretary Disaster Management Ranjit Kumar Sinha earlier said that an amount of Rs 3.45 crore has been distributed to 261 affected families in Joshimath as interim relief.