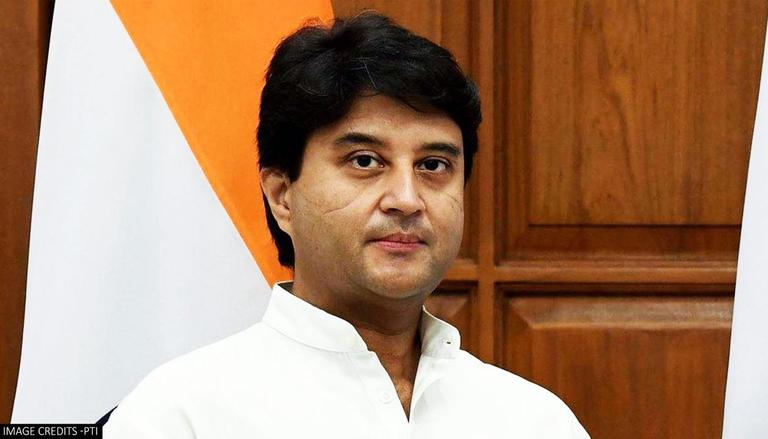 
The Union Minister of Civil Aviation, Jyotiraditya M. Scindia, has written to five Chief Ministers, seeking their personal intervention in expediting the matters for the strengthening of aviation infrastructure in the states. Scindia has drawn the attention of Chief Ministers of Puducherry, Rajasthan, Tamil Nadu, Uttar Pradesh, and West Bengal over the development and expansion of airports in the country. The Airports Authority of India (AAI) has embarked upon implementing the project at a cost of Rs 20,000 crores in the next 4-5 years in order to meet the growing passenger demand in the country.

The Union Minister wrote to N Rangasamy, the Chief Minister of Puducherry, on the issue of land handover to the AAI for the development of the UT airport. The letter read that the AAl has projected a revised land requirement of 161.5 acres, that is, 104 acres in the state of Tamil Nadu + 57.5 acres in the Union Territory of Puducherry for extension of the Runway at Puducherry airport.

In the letter to Gehlot, Scindia mentioned some of the issues that are impacting the implementation of various projects pertaining to the aviation sector in Rajasthan. The letter read that Kota and Uttarlai airports are to be upgraded by the State Government. There is a requirement of 145 acres at the Udaipur airport to meet DGCA CAR requirements for the upgradation of the runway. Further, 58.88 acres of land is required at the Bikaner airport for the expansion of the Civil Enclave.

While writing to the Chief Minister of Tamil Nadu, M.K. Stalin, Scindia has highlighted a few issues including 93.04 acres of land required at the Chennai airport for a simple approach lighting system and development of other infrastructure. However, only 5.04 acres have been handed over to AAI. The remaining 88 acres are yet to be handed over.

Jyotiraditya Scindia stated, "Out of a total requirement of 62.07 acres required for RCS operations at Vellore airport, 13.37 acres are yet to be handed over. Further, 441 acres of land is required for the development of Vellore airport to make it suitable for the operation of Code-C type of aircraft."

Scindia has drawn the attention of Yogi Adityanath, the Chief Minister of Uttar Pradesh, over the 660 acres of land required for the phase-wise development of Ayodhya airport. He further emphasized various other issues, including Ayodhya, Jhansi, Muirpur (Korba), Aligarh, Azamgarh, Moradabad, Chitrakoot, Saharanpur, Ghazipur, and Shravasti airports required to be developed by the State Government for commencement of RCS- UDAN operations

Scindia stated that an amount of Rs 2 crore is outstanding on the part of the State Government as VGF share for Regional Air Connectivity Fund Trust (RACFT).

Scindia writes to the Chief Minister of West Bengal