One of the most popular spices, the Kashmiri Saffron has received geographical indication (GI) tag from the Geographical Indications Registry.

One of the most popular spices know for its aroma, the Kashmiri Saffron has received geographical indication (GI) tag. The recognition was formally published in the latest GI Journal by the GI Registry. As per the documents, the Geographical Indication Registry has approved the GI tagging on the saffron with GI no 635. 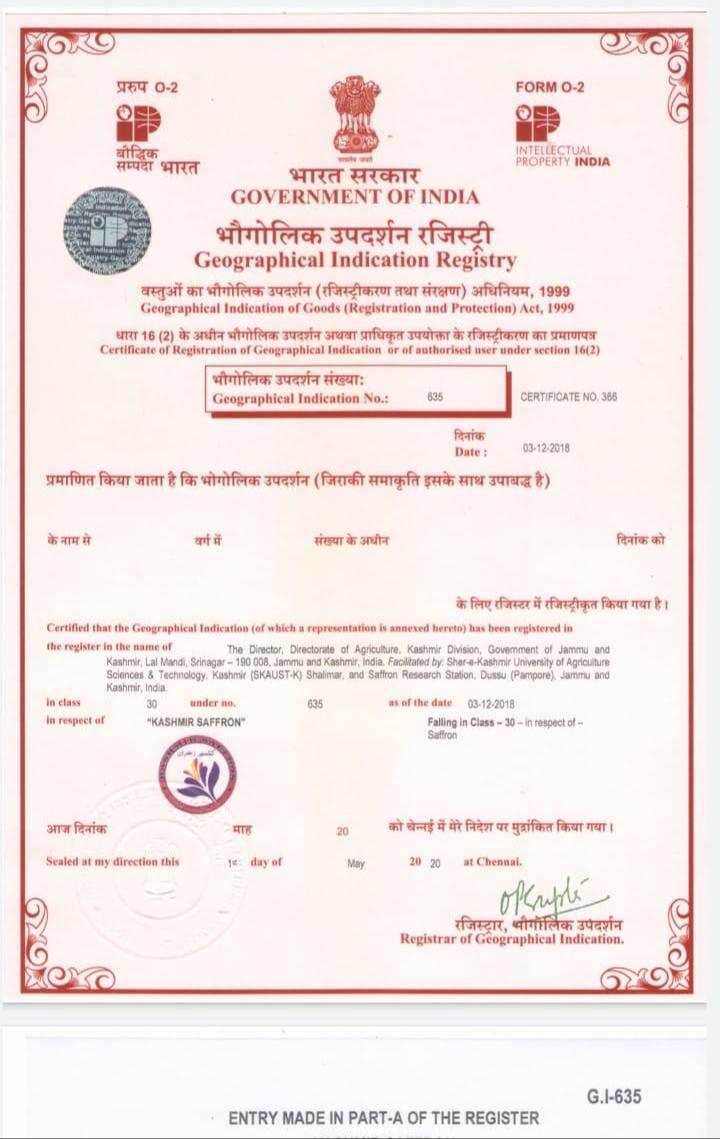 Touted to be the world's costliest spice, the Kashmiri saffron has been witnessing a downtrend in India due to an invasion by cheaper Iranian saffron. Despite being known for its quality and aroma worldwide it has suffered a setback due to other nations such as Iran, Spain, and Afghanistan selling cheaper and inferior quality.

According to reports, Iran is currently the largest producer of saffron in the world, cultivating over 300 tonnes every year on 30,000 hectares of land. In Kashmir, which ranks second in supply, saffron cultivation is limited to about one-eighth of Iran's area –3,715 hectares. However, due to Iranian infusion in Saffron markets, the price of Kashmiri saffron dropped to nearly 50% after 2007, the year when Iranian imports grew substantially.

Kashmiri saffron is known to be superior in quality having more medicinal value as compared to any other saffron producers across the world. The GI tag on saffron produce will give information on who is the producer, how much has been his yield and most importantly, the quality of his produce, which will help stand out from the competitors in the market. Also, a spice park is coming up at Dussu in Pampore to brand and promote Kashmiri saffron, as per reports.

READ | Lessons On Radio For Children In Kashmir From Next Week

The GI journal has stated that “besides having high medicinal value, Kashmir saffron has been associated with traditional Kashmiri cuisine and represents the rich cultural heritage of Kashmir. The Kashmir saffron has gained its name over the ages due to its unique qualities such as high aroma, deep colour, long and thick threads (stigmas) which can be found only in the saffron grown and produced in Jammu and Kashmir.”

“The Kashmir saffron is the only saffron grown at an altitude of 1600m to 1800m above the mean sea level in the world, which adds to its uniqueness and differentiates it from other Saffron varieties available in the market world over,” it added.