The CBI on Friday filed an FIR in connection with the case of Akhil Bharatiya Akhara Parishad (ABAP) president Mahant Narendra Giri's death. 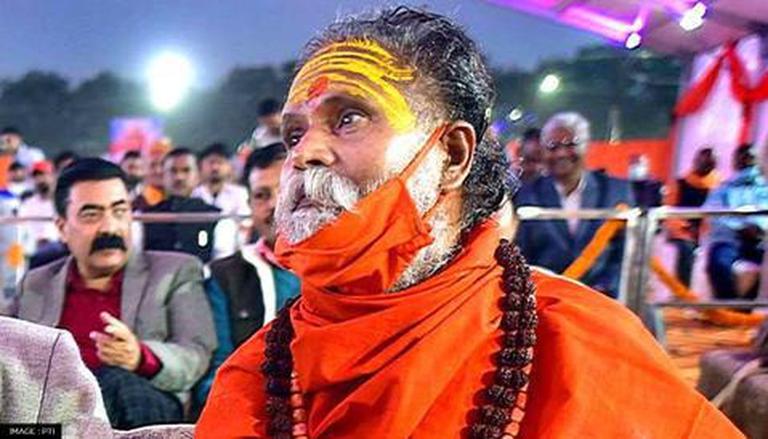 
The CBI on Friday, 24 September 2021, filed an FIR in connection with the case of Akhil Bharatiya Akhara Parishad (ABAP) president Mahant Narendra Giri's death under mysterious circumstances. In the said FIR, the disciple of Mahant Narendra Giri, and the main suspect in the case, Anand Giri's name has been mentioned by the central agency.

The Uttar Pradesh government had recommended a CBI probe into Mahant Narendra Giri's death on Wednesday, 22 September 2021, following which on Thursday, the Central government issued an order transferring the case to the central agency.

"In exercise of the powers conferred by Delhi Special Police Establishment Act, 1946, the central government with the consent of the State Government of Uttar Pradesh, issued order dated September 22, Home (Police) Section-11, Lucknow, hereby extends the powers and jurisdiction of the members of the Delhi Special Police Establishment to the whole State of Uttar Pradesh for an investigation into the offence(s) relating to the case registered at Police Station George Town, District Prayagraj on September 21, 2021, under section 306 of the Indian Penal Code pertaining to the death of Mahant Narendra Giri Maharaj, President, Akhil Bharatiya Akhara Parishad and any attempt, abetment and/or conspiracy, in relation to or in connection with such offence(s) and/or for any other offence committed in the course of the same transaction or arising out of the same facts," reads the Government of India notification.

Thereafter, on Friday, the CBI took over the probe. For probe, the central agency has constituted a team that also includes forensic experts.

Mahant Giri, who was the president of the largest organisation of saints in India was found dead under mysterious circumstances at Baghambari Math in Prayagraj on Monday, 20 September 2021. A purported suicide note was recovered from the site of the incident in which the name of the seer's disciples, Anand Giri, and two others were mentioned.

Based on the suicide note, the Uttar Pradesh Police on Tuesday had lodged an FIR against three persons including Anand Giri under IPC Section 306 (Abetment of suicide), following which they were arrested. On Wednesday, Anand Giri, 'Bara Hanuman Mandir' chief priest Aadya Tiwari and one other person were sent to 14 days of judicial custody.