In Maharashtra, an FIR was registered on Tuesday against a man and his family based in Aurangabad for demanding 21 tortoises and a black Labrador as dowry. 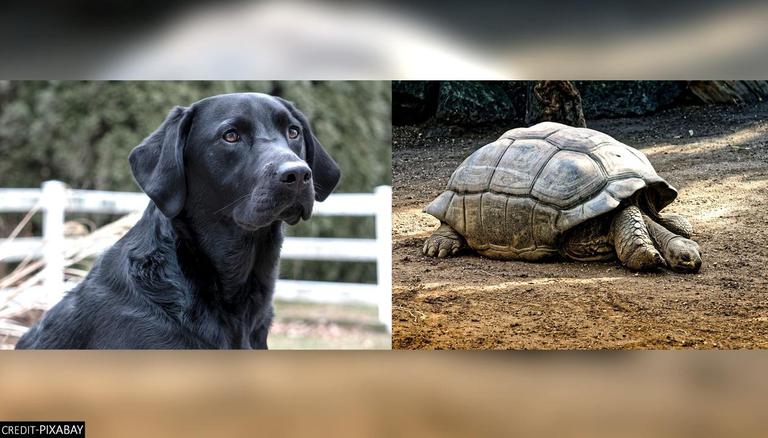 
In Maharashtra, an FIR was registered on Tuesday against a man and his family based in Aurangabad for demanding 21 tortoises and a black Labrador as dowry. Charges of dishonesty and legal breach of belief have been filed against the household. The man demanded the dowry from the woman he got engaged to on February 10 this year at a hall in the Ramanagar area, which falls under the jurisdiction of Osmanpura police, an official mentioned.

Before the engagement, the bride's side of the family had already given Rs 2 lakh cash and 10 grams of gold as dowry to the groom’s family, the police said. However, after the engagement, the man and his household members allegedly started demanding 21 tortoises, one black Labrador dog, a Buddha statue, a samai lampstand and Rs 10 lakh, which the latter claimed will help the girl find a job post her marriage.

In an exclusive statement to The Indian Express, Sadhna Avhad, a police sub-inspector investigating the case mentioned that the bride's family has expressed their helplessness in meeting the demands post which the groom's side of the family called off the marriage. She further mentioned that an FIR under sections 420, 406 and 34 of IPC for criminal breach of trust and cheating against the groom and his family members have been lodged against the groom and his family after the bride's 55-year-old father approached them. The sub-inspector further mentioned that many more sections may be added once the investigation, which is still underway, gets completed.

Robbers blow up an ATM with explosives in Maharashtra

In another strange incident that recently happened in Pune, a group of robbers blew up an ATM with explosives but left behind a lump of cash, approximately Rs 10 lakh as they did not have time to collect it, the police said in a statement. According to local media reports, the private firm assigned with refilling the ATM claimed that over Rs 25 lakh was stolen by the thieves. There was no CCTV camera installed in the ATM premises.

The police reported that there was the use of an Improvised Explosive Device (IED) in the blast that has roped in Maharashtra Police’s Anti-Terrorism Squad into the ongoing probe. The blast led the ATM doors flung open with the currency notes strewn all over. A case was initially registered in the Mahalunge police outpost under Chakan police station.