Manipur CM Biren Singh told Republic, "Omicron cases are not reported in large numbers in the state. But, efforts are made to keep the situation in control". 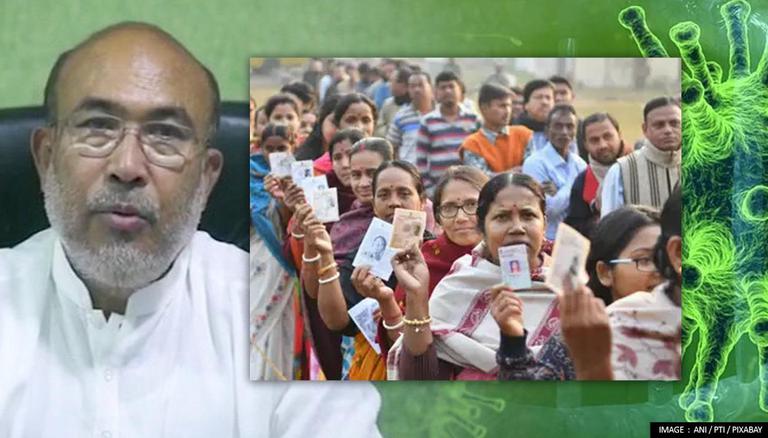 
After the Election Commission of India briefed on COVID protocols to be followed during the upcoming Assembly elections 2022, Manipur Chief Minister Biren Singh told Republic TV that the state government will ensure all the laid guidelines will be strictly implemented during the polls.

Speaking on state's preparedness for the polls which will be held in two phases in Manipur, the Chief Minister said that a COVID-free election will be held there as said by the EC, and all the necessary measures will be taken to ensure the same.

Providing details on the COVID situation in the state, Biren Singh said, "Omicron cases are not reported in large numbers in the state. But, efforts are made to keep the situation in control".

CEC Sushil Chandra has informed, "No physical rally of political parties or probably candidates or any other group related to elections shall be allowed till January 15. ECI should subsequently review the situation and issues further instructions accordingly". Also, all officials and employees deployed for election duty will be considered as frontline workers and will be eligible to avail of the 'precautionary dose'.

As per the Election Commission, the polls will be held in two phases in Manipur. The 60 constituencies in the state will be divided into two sets, one for each phase. The date of polls for Phase 1 is February 27 while for phase 2 it is March 3. The counting day would be March 10.

In March 2017, the previous assembly elections were held in Manipur and BJP came to power in the state for the first time. Even though Congress by winning 28 seats emerged as the single largest party, eight Congress MLAs left the party later. BJP with National People's Party (NPP), Naga People's Front, and Lok Janshakti formed the coalition government by winning 21 seats. N Biren Singh became the Chief Minister of Manipur.

The BJP-led coalition government's key partner is NPP and this party has two ministers in the government, including the deputy chief minister.

To date, Manipur has reported a total of 1,26,012 COVID-19 cases with 2,009 deaths. The state has administered 23,48,057 COVID vaccine doses under the nationwide vaccination drive.

Manipur has reported one case of Omicron variant after a 48-year-old man who had recently visited Tanzania, tested positive for the new COVID variant.