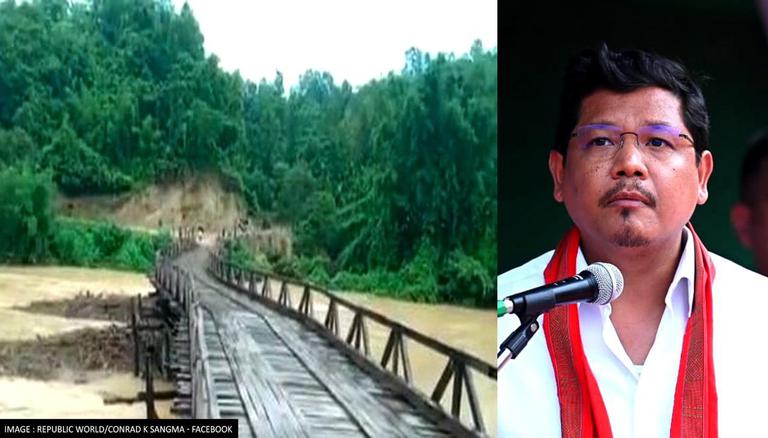 
Meghalaya Chief Minister Conrad K Sangma, on Friday, held a review meeting to assess the situation in the state’s Garo Hills region which has been hit by landslides and floods caused by incessant rainfall. He instructed officials to set up permanent relief camps to house people affected by natural disasters.

During the discussion, authorities apprised Chief Minister Sangma of the various relief measures that are being implemented in their respective jurisdictions, as well as the fact that the situation in most places is returning to normal as flood waters recede. Damage to road infrastructure, houses, and property was reported in all three districts, according to officials. Agriculture and farming have also been severely impacted.

The Meghalaya Chief Minister has directed all officials to engage actively and provide all feasible services so that emergency relief measures reach flood-affected individuals and families as soon as possible.

He also directed concerned department officials to streamline the process of restoring electricity lines and road connectivity that were cut off due to severe rain and landslides.

Noting that floods are common during the Monsoon season, particularly in the plain areas of the West and South West Garo Hills Districts, the Chief Minister of Meghalaya also directed the Deputy Commissioners to track down a suitable location for constructing several prefabricated structures that will serve as a permanent relief camps to house affected people during the flood season. He further mentioned that those structures can be repurposed for other activities at other times.

A wooden bridge over the Bugi river connecting Jijika to Megua, which is the border area of Meghalaya’s South Garo Hills and West Garo Hills district, was washed away by flood waters on Thursday. Meanwhile, the India Meteorological Department (IMD) has warned of isolated extremely heavy rainfall in Meghalaya during the next five days.