MHA Invites Non-Muslims Applicants From 5 States For Citizenship; CAA Rules Not Framed Yet

MHA invited Hindus, Sikhs, Jains and Buddhists belonging to Afghanistan, Bangladesh and Pakistan and residing in 13 districts in 5 states for citizenship 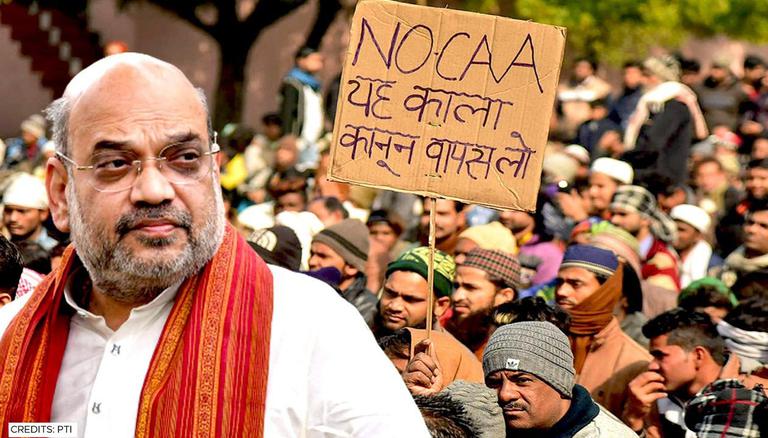 
In a surprise move, the Ministry of Home Affairs (MHA) on Friday, invited Hindus, Sikhs, Jains and Buddhists belonging to Afghanistan, Bangladesh and Pakistan and residing in 13 districts in Gujarat, Rajasthan, Chhattisgarh, Haryana and Punjab to apply for Indian citizenship under the Citizenship Amendment Act (CAA). While rules of CAA enacted in 2019 are yet to be framed, the MHA  issued a notification for immediate implementation of the order under the Citizenship Act 1955 and Rules framed under the law in 2009. The contentious CAA which has been in effect since January 2020, had triggered massive protests across the country, culminating in the Delhi riots in January 2020 which killed 53 people.

"In exercise of powers conferred under Section 16 of the Citizenship Act, 1955 (57 of 1955), the central government hereby directs that powers exercisable by it for registration as citizen of India under Section 5, or for grant of certificate of naturalisation under section 6 of the Citizenship Act 1955 in respect of any person belonging to minority community in Afghanistan, Bangladesh and Pakistan namely, Hindus, Sikhs, Buddhists, Jains, Parsis and Christians, residing in the districts mentioned and the states mentioned below," the home ministry notification said.

In February, Union Minister of State for Home Nityanand Rai informed the Lok Sabha that the rules for the Citizenship (Amendment) Act were being framed. Rai informed that Lok Sabha and Rajya Sabha have granted an extension of time up to April 9 and July 9, respectively to frame these rules. Recently, Home Minister Amit Shah had said rules of CAA are yet to be framed and the law will be acted upon after COVID vaccination is completed.

What is the CAA?

The Citizenship (Amendment) Act amends the previous Citizenship Act 1955 to make refugees who are Hindus, Sikhs, Buddhists, Jains, Parsis and Christians from Afghanistan, Bangladesh and Pakistan, eligible for citizenship.  Moreover, the Bill exempts the inner line permit areas in Nagaland, Mizoram and Arunachal Pradesh and areas falling under the Sixth Schedule in the regions. It will be applicable to the members of these communities having arrived in India on or before December 31, 2014. The Supreme Court is yet to hear the 150 pleas challenging the Citizenship Amendment Act (CAA), after it refused to stay its implementation.