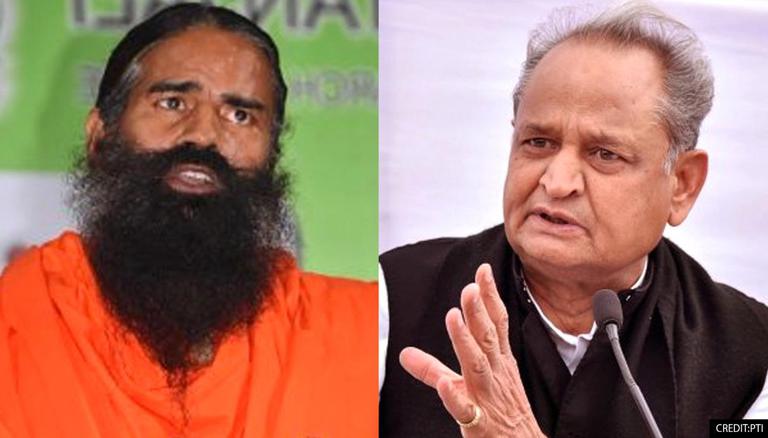 
Amid the Patanjali-IMA furore, Alwar collectorate officials have raided Singhania oil mill - which produces Patanjali's mustard oil - on Wednesday, on orders from Rajasthan CM Ashok Ghelot's office, as per sources. Large quantities of Patanjali's packing pouches and goods have reportedly been recovered from the mill, which has now been sealed. While the reason for the raid is unclear, the Alwar collectorate has formed an inquiry committee and the investigation can be given to CB-CID, as per sources.

Earlier on Wednesday, Indian Medical Association (IMA)  has written to Prime Minister Narendra Modi demanding that yoga guru Ramdev be booked immediately under sedition charges for alleged misinformation campaign on vaccination and challenging government protocols for treatment of COVID-19. The IMA  said it was gratifying to note that only 0.06 per cent of people who received both the doses of vaccine "got minimal" infection by coronavirus, and "very rarely" vaccinated people had a severe lung infection. The IMA's Uttarakhand unit has issued Baba Ramdev to tender a written apology within the next 15 day or face a Rs 1000 crore defamation notice.

"At this juncture, painfully we bring to your kind notice, the video claiming 10,000 doctors have died in spite of taking both the doses of vaccine and lakhs of people have died due to allopathic medicine are circulating virally in the social media, as said by Mr. Ramdev, owner of Patanjali products," IMA said in its letter to PM Modi.

READ | 'Not Allopathy vs Ayurveda but misinformation & vested interest': IMA to PM on Baba Ramdev

In response, Baba Ramdev's Patanjali claimed that the yoga guru was reading out a WhatsApp forward message received by him & others participating in the private event. It added that Baba Ramdev believed allopathy as a 'progressive science' and that the combination of allopathy, Ayurveda, and yoga would be beneficial for all amid the battle against COVID and bore no ill-will against modern science & its practitioners. After Union Health Minister Dr. Harsh Vardhan wrote a letter to Ramdev urging him to take back his comments, Ramdev responded by withdrawing his comments saying, "If someone's feeling has been hurt because of that, I regret it". Amid this controversy, the Haryana govt has announced it will 1 lakh Coronil kits to patients.

READ | Baba Ramdev should be booked under sedition charges: IMA in letter to PM
READ | Patanjali clarifies Baba Ramdev's Allopathy views to IMA; 'he was reading a WhatsApp fwd'
READ | Amid Baba Ramdev-IMA row, Haryana to give 1 lakh Patanjali Coronil kits to COVID patients
First Published: 27th May, 2021 07:03 IST
SUBSCRIBE TO US