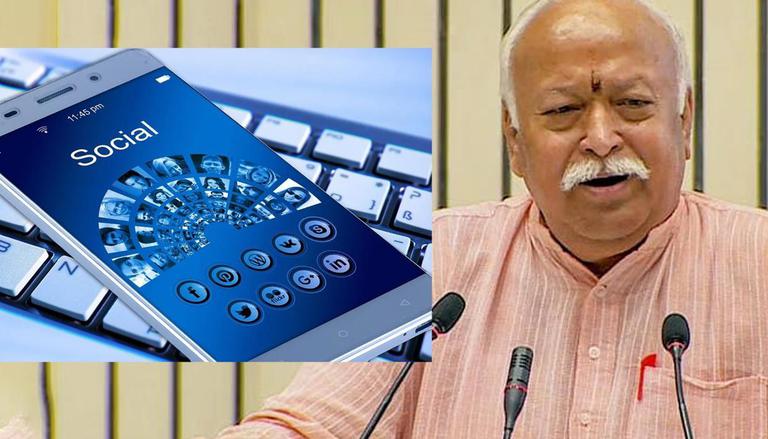 
Rashtriya Swayamsevak Sangh chief Mohan Bhagwat on Thursday launched a mobile app developed to make more accessible works of “national” thinkers. The RSS leader undertook a day-long tour of the Bihar capital, his first in the past several months, during which he met functionaries of the organization besides launching the app.

A release by the RSS said the "Sarsanghchalak'' (Head of RSS) launched a mobile app named “Audio Kumbh” providing access to a large number of audiobooks and podcasts. Praising the effort, Bhagwat said the app would go a long way in spreading “national thought” among the country’s techno-savvy, mobile-friendly people.

Sources in the Sangh Parivar said several senior RSS functionaries also met Bhagwat during the day and apprised him of activities of the outfit in the state where it aims to rapidly expand its network. Notably, the BJP, which is the political offshoot of the RSS, has emerged as a major player in Bihar in the recent past and has been a partner in the Nitish Kumar-led government in the state. Bhagwat is scheduled to leave for Dhanbad in the adjoining state of Jharkhand late in the night.