India’s leading ethnic food brand, Mother’s Recipe, on Wednesday announced the launch of the ‘Ready to Eat’ combo meals for the Indian Railways 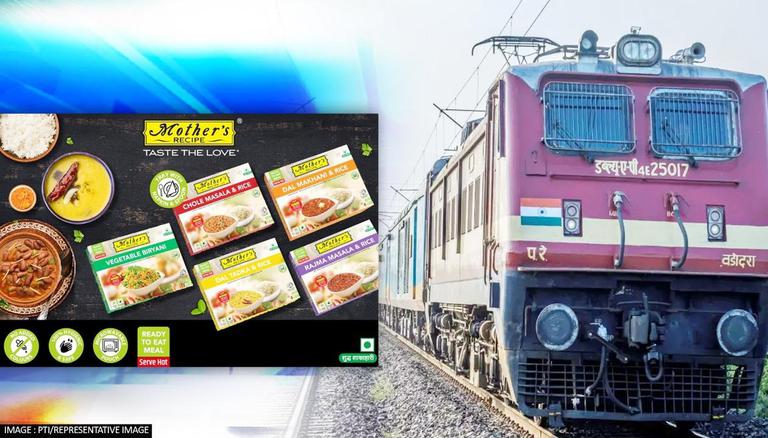 
India’s leading ethnic food brand, Mother’s Recipe, on Wednesday announced the launch of the ‘Ready to Eat’ combo meals for the Indian Railway Catering and Tourism Corporation (IRCTC). According to a press release, the “hygienic and healthy” meals will now be served in all A+ Class trains across Rajdhani, Duranto, Shatabdi, Tejas which covers to North, West, and South Zones of India. The food, which consists of complete meals like Rajma Masala, Rice, Chole Masala, Dal Tadka, Dal Makhani and Vegetable Biryani, will be available for only Rs 155, along with free Mother’s Recipe mixed pickle sachet.

As per the press note, the combo meals have no preservatives or artificial colours. They are packed in 100% microwaveable sealed pouches, along with a disposable spoon and napkin, in a bid to make meals convenient and enjoyable while travelling by Indian Railways. The preparation of the ‘Ready to Eat’ combo meals take approximately 1-2 mins in the microwave, after which it is ready to be served.

“Having collaborated with IRCTC on their A+ Class trains our brand takes great satisfaction in curating unique combination meals that are both clean and convenient. As a result of the current situation, we began curating these special combo meals for the IRCTC to provide travellers with tasty, safe and hygienic meals,” she added.

‘Healthy and ready to consume’

Further, Desai said Indian Railways’ travellers can now enjoy the delicious and genuine Indian cuisine on the go. The products are “filled with the greatest quality ingredients, providing an authentic taste, as well as being healthy and ready to consume,” she added. Desai also went on to inform that because of the great response the company has received, the firm has decided to see the meal combos on its website too.

“They are the best to carry for travelling,” Sanjana Desai said.

Meanwhile, it is to mention that the Mother’s Recipe, with a robust distribution network across the country, caters to diverse formats ranging from mom & pop stores, modern trade outlets, multi-functional outlets, e-commerce, defence and hotel restaurants and cafes. The company is one of the largest providers of traditional and authentic Indian taste exported to more than 45 countries in the world. The current product portfolio in India consists of Pickles, Condiments Pastes, Blended Spices, Ethnic Chutneys, Papad, Ready Cook Spice Mixes and Instant Mixes.