On National Education Day, take a look at the quotes of 7 women educators who inspire India. The day is celebrated on the birthday of Maulana Abdul Kalam Azad. 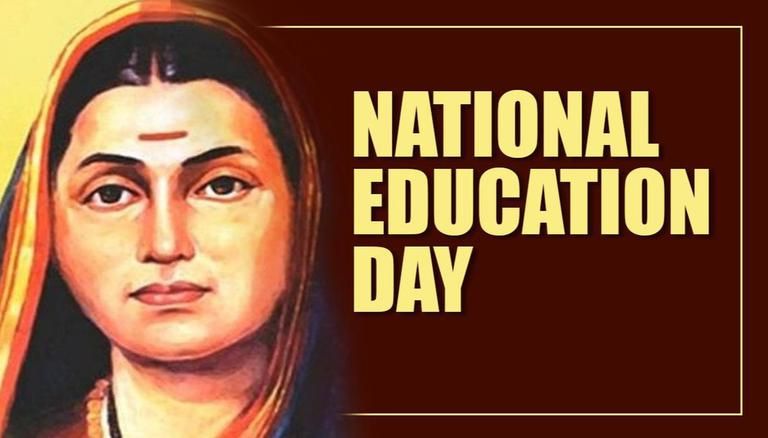 Education is a quintessential pillar of an individual and a nation that enlightens and informs humans. To celebrate this, India chose the birth date of Maulana Abul Kalam Azad, November 11, to be India's National Education Day. Azad was an Indian scholar, independence activist, and a senior leader of the Indian National Congress during the Indian independence movement. He also was the first Education Minister of independent India, who served from 1947 until 1958. In a country, where women are often subject to a lot of transgressions, the Government was bound to launch initiatives like 'Beti Bachao- Beti Padhao'. Here are seven inspirational women educators and their messages which will surely provide the right direction to the nation.

Savitribai Phule was an Indian social reformer, educationalist, and poet from Maharashtra who is regarded as the first female teacher of India. She played an important role in improving women's rights in India during British rule.

On education, Savitri's strong message for the nation was: “Sit idle no more. Go get education.”

Eighty one-year-old Vimla Kaul who teaches kids in Delhi even after 21 years of her retirement said: “I do not think age has anything to do with an individual’s passion. On the contrary, the desire to achieve increases as one can see that very little time is in hand to achieve one’s target. So, the passion becomes acuter”.

Meenakshi Gurukkal who is the oldest woman to practice and teach Kalaripayattu said: “Doing what is good for you is often a challenging task for women. But, since Kalari here was a family thing, I had full support from my family and the people in the locality to practice more. Luckily, today, there isn’t any discrimination to that extent”.

“How will we get educated if we are scared?”, said Bharti Kumari, the world’s youngest principal of a school.

“Stories don’t lead to results. They lead to questions. Stories help children ask the question—why? These make children curious and critical thinkers. This thinking leads to the changes we see on the ground,” said, Geetha Dharmarajan, writer, editor, educator and the Executive Director of Katha, a nonprofit organization that she founded in 1988.

“My life as a teacher, though fulfilling, is one that comes with many risks because of my journey. I get nothing else apart from the salary. Sometimes, I put in my own money into the running of the school. They are my children and it’s my duty to care for their wellbeing. The entire settlement has so much of love and affection for me,” said Usha Kumari who treks several kilometers to teach kids in Kerala.

"Our patriarchal societies, especially the communities we work with, do not really appreciate their mindsets being questioned. And there I was going home to home, investigating their girls and talking about their right to have an education! I remember having countless doors slammed in my face and the mistreatments hurled at me and my team. They would call us mad dogs!” said Safeena Hussain, an active social worker, is the founder and Executive Director at Educate Girls – a non-profit organisation that is headquartered in Mumbai, India.