Taking to Twitter, the official handle of NITI Aayog lauded the UP government for effective transport and tracking of oxygen amid shortage witnessed in states. 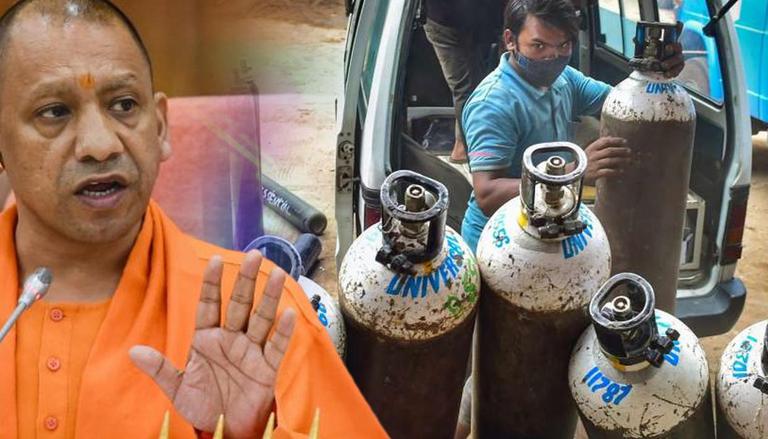 NITI Aayog also shared that a "mammoth drive" was taken up by the state in over 90,000 villages to identify and isolate COVID-positive citizens and trace their contacts.

House to house visits undertaken in a mammoth drive in over 90,000 villages of UP to identify & isolate COVID+ve citizens & trace contacts should serve as a model for other states to replicate. Such proactive test-trace-treat model is a highly effective way of tackling the surge!

Due to such enhanced efforts, the government has been able to lift 1000 MT of oxygen instead of 250, added NITI Aayog.

Other steps taken by the UP Government

On Wednesday, the Uttar Pradesh Government announced to make the Aadhaar card non-mandatory for COVID-19 vaccination of people above the age of 18 for a smooth flow of vaccination drive. The decision was taken as few reports of people facing trouble due to the Aadhaar card were reported. Prior to that, with the support of Defense Minister Rajnath Singh, the UP Government inaugurated Lucknow's Atal Bihari Vajpayee COVID-19 hospital which was set up by Hindustan Aeronautics Limited (HAL), and facilities supplied by Defence Research and Development Organisation (DRDO). The hospital is equipped with COVID-19 essentials.

On May 11, the World Health Organization (WHO) had praised the Uttar Pradesh Government for its surveillance, tracing, and testing of COVID-19 patients. The Yogi Adityanath-Government also announced free vaccination for journalists for putting their lives and health at risk to report the pandemic. The state government has been taking several steps to combat the COVID-19 surge as well as enhance the vaccine program. Moreover, Uttar Pradesh is also extended the partial corona restrictions owing to the virus till May 17.

On Thursday, the state recorded 17,775 fresh Covid-19 cases taking the total tally to 15,80,980. A total of 281 people lost their lives due to the virus in the last 24 hours. The state is witnessing a downfall in active cases with the current figure that stands at 13,59,676. As per the state's health ministry, the COVID-19 recovery rate now stands at 86 per cent in Uttar Pradesh. Additional Chief Secretary, Health, Amit Mohan Prasad informed that active cases have fallen by over 1.06 lakh in the past 12 days.