Odisha Bans Sale Of Firecrackers In During Diwali, Will Only Allow 'green Fireworks'

The use and sale of firecrackers during Diwali, Chhat Puja, and Kartik Purnima will be main banned across the state and only green fireworks will be allowed. 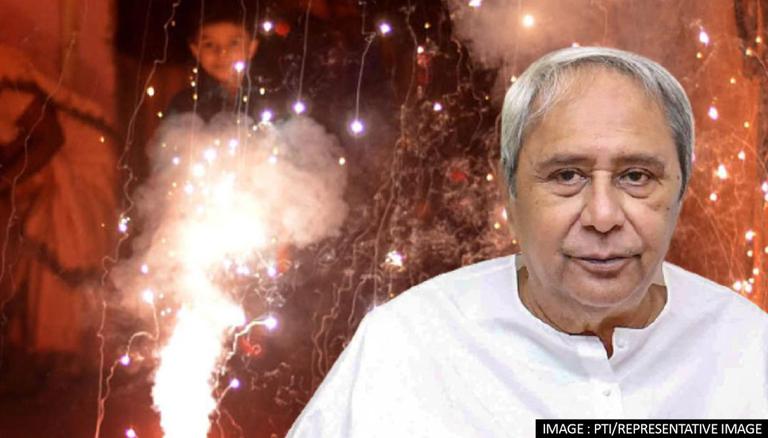 
Ahead of the upcoming Diwali festival, the Odisha government has banned the use of firecrackers across the state. Further, the government is only allowing green crackers for sale and use in places for Diwali celebrations. Issuing orders, the Special Relief Commissioner (SRC) on Monday stated that the use and sale of firecrackers during Diwali, Chhat Puja, and Kartik Purnima will be main banned across the state and only green fireworks will be allowed.

Apart from that, the SRC has also issued certain guidelines for the sale and use of firecrackers during these festivals. The orders state, "Sale and use of fireworks shall be limited only to 'green fireworks' that conform to the definition and formulation as proposed by CSIR-NEERI (Council of Scientific and Industrial Research - National Environmental Engineering Research Institute)." "The sale and use of joined firecrackers (series crackers or/laril) shall also remain banned", it added.

The guidelines further inform that the traders or sellers who have obtained and produced a certificate from the Petroleum and Explosive Safety Organisation shall be allowed to sell their products, that too, after a proper inspection concerning their stock.

Apart from that, the sellers will also need to deposit the PESO certificate to the district administration or police commissioner for getting permission to sell green fireworks and those who fail to obtain the certificate will not be allowed to sell their products.

Speaking on the sites that sell green fireworks, the guidelines suggest that the designated sites will be issued by the authorities and it will not be allowed on the Internet.

The Odisha government has further instructed concerned authorities for ensuring proper conduct of the given guidelines guarding the sale and use of banned firecrackers.

State governments ban selling of selling purchase and use of firecrackers

Sharing similar concerns, the Madhya Pradesh government on Monday banned the selling, purchase, and use of fireworks across the state amid the pandemic situation and air quality issues. While on October 29, the West Bengal government also banned the selling and purchasing of firecrackers in the state, however, it was later revoked by the Supreme Court of India stating that a complete ban cannot be imposed on the selling of firecrackers further allowing the use of green fireworks in the festival season.

READ | 'No blanket ban on firecrackers, those with Barium salts are prohibited': Supreme Court