The Income Tax (IT) department along with DGGI raided the premises owned by perfume trader Piyush Jain in Uttar Pradesh's Kanpur and Kannauj. 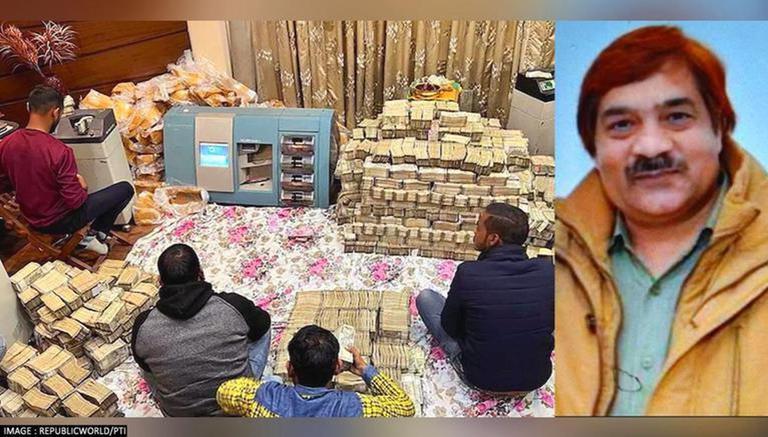 
In a massive development, perfume trader Piyush Jain has been sent to 14 days GST remand after raids at his residence led to the recovery of over Rs 190 crores of cash, 25 kg gold and 250 kg silver by the Directorate General of GST Intelligence (DGGI). He was arrested on Sunday.

The Income Tax (IT) department along with DGGI raided the premises owned by Piyush Jain in Uttar Pradesh's Kanpur and Kannauj. During the raid, cash worth Rs 187.45 crore was recovered along with gold and silver amounting to a total recovery of more than Rs 250 crore.

In an official statement on Monday, the Directorate General of GST Intelligence (DGGI) said its Ahmedabad unit initiated search operations in Kanpur at the factory premises of Shikhar Pan Masala and tobacco products, the premises of Ganpati Road Carriers, and the residential and factory premises of Odochem Industries at Kanpur and Kannauj.

"After intercepting four trucks operated by Ganpati Road Carriers, carrying pan masala and tobacco of said brand cleared without payment of GST, the officers tallied the actual stock available in the factory with the stock recorded in the books and found a shortage of raw materials and finished products," the statement said.

The DGGI said that the goods were transported using fake invoices. More than 200 such fake invoices were said. "The manufacturers of Shikhar brand of pan masala/tobacco products have admitted and deposited an amount of Rs 3.09 crores towards their tax liability," it said.

Later raids were carried out at perfume businessman Piyush Jain, promotor of Odochem Industries, and cash worth Rs 177.45 crore was seized from his residence. Further, the searches at his other residential and factory premises in Kannauj led to the recovery of Rs 17 crore cash and 23 kgs of gold along with unaccounted raw materials used in the manufacture of perfumery compound.

"Since the gold so recovered is having foreign markings, Directorate of Revenue Intelligence (DRI) is being roped in for necessary investigations.," DGGI said.

"His statement has been recorded on 25/26.12.2021 under section 70 of the Act wherein Shri Jain has accepted that the cash recovered from the residential premises is related to the sale of goods without payment of GST," it added.