PM Modi on his vision of creating a 'Mini- Japan' in Gujarat, inaugurated a Zen Garden and Kaizen Academy, yet another instance showcasing India-Japan relations 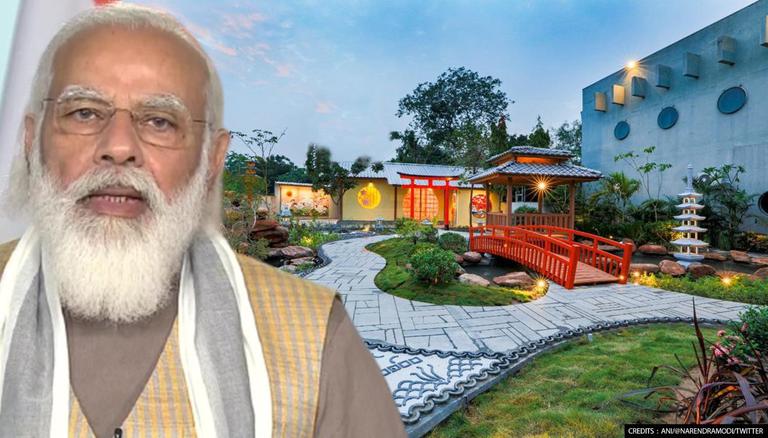 
On Sunday, June 27, Prime Minister Narendra Modi on his vision of creating a 'Mini-Japan' in Gujarat, inaugurated a Zen Garden and Kaizen Academy at Ahmedabad Management Association (AMA) in Ahmedabad via video conference. PM Modi gave a glimpse of Zen Garden by sharing images of the same on his Twitter handle.

During the inaugural event, Prime Minister Narendra Modi expressed his gratitude to the leaders of Hyogo Prefecture especially Governor Toshizo Ido and Hyogo International association for their contribution to the establishment of the Zen Garden and Kaizen Academy.

Prime Minister spoke on his connection and appreciation of Japan's work culture, skills and discipline.

Modi said, "I wanted to create Mini-Japan in Gujarat".

Speaking on the companies like Suzuki Motors, Honda Motorcycle, Mitsubishi, Toyota, Hitachi are involved in manufacturing in Gujarat, PM said, "They are contributing skill development of the local youth. In Gujarat, three Japan-India Institute for Manufacturing is giving skill training to hundreds of youth with the tie-up with technical universities and IITs. Furthermore, Japan External Trade Organization (JETRO's) Ahmedabad Business Support Centre is providing plug and play work-space facility to up to five companies simultaneously. Many Japanese companies are being benefitted by this".

He said that the visit of Japan Prime Minister Shizo Abe to Gujarat gave new momentum to the India-Japan relationship.

PM had earlier shared on his Twitter handle about the inaugural of Zen Garden as a gesture to strengthen India- Japan relations.

Tomorrow, 27th June will inaugurate a Zen Garden and Kaizen Academy at AMA, Ahmedabad. This is yet another instance showcasing the close bond between India and Japan. https://t.co/lU6hICwVvB

PM Modi pointed out the similarities between Japanese and Indian culture and said that 'Zen' and Indian 'Dhyan', both function to promote inner peace along with outer progress and growth.

He added, "Indians will find the glimpse of the same peace, poise, and simplicity in this Zen garden, which they experienced in Yoga through the ages. Buddha gave this 'Dhyan' this enlightenment to the world".

READ | Gujarat: Case of Delta Plus confirmed in person who tested COVID+ on Apr 1, now recovered

He also mentioned that both external and internal meanings of Kaizen emphasise 'continuous improvement'.

What is a Zen Garden?

Zen Gardens are often referred to as Japanese rock gardens which are believed to be a way to reduce stress, improve your focus, and develop a sense of well-being.

In the early sixth century, the Zen Gardens were created to aid medication by the Buddist monks.