PM Modi embraks on a 2-day visit to Bangladesh in his 1st foreign tour since 2019. There are multiple reasons that makes the event significant.

A year after Janta Curfew, which signified the onset of COVID-19 and one of the first major steps taken by the Government against the pandemic, Prime Minister Narendra Modi sets off on his first foreign visit. The leader is visiting Bangladesh on March 26-27 to bask in the milestone golden jubilee National Day celebrations of the neighbouring country. PM Modi asserted his commitment to the partnership with Bangladesh and support to the nation, hailing the ‘dynamic leadership’ of PM Sheikh Hasina.

READ | Shelters being built in Bangladesh Rohingya camp after fire

March 26 is a landmark day in the history of Bangladesh, that marks the country's independence from Pakistan. It was on this day that then East Pakistan had declared its secession from Pakistan.

READ | IN PICS: As Bangladesh celebrates 50 years of independence, take a look back at history

Indian Armed Forces then played a huge role in the liberation of Bangladesh by triumphing in the war against Pakistan from December 3-16 that year, forcing the Pakistan military into the Instrument of Surrender. The bravery of the Indian troops is honoured as Vijay Diwas on December 16.

READ | 'Happy that my first visit after the outbreak of the pandemic is to Bangladesh': PM Modi 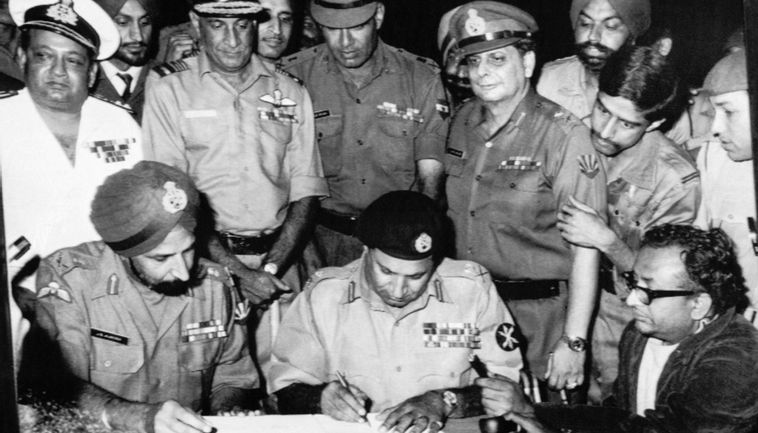 Bangladesh is also marking 'Mujib Borsho', the centenary birth anniversary of Bangladesh’s ‘Father of the Nation’ Sheikh Mujibur Rahman. Throwing light on both the events, PM mentioned in his statement ahead of his visit, "I look forward to participation in the national day celebration, tomorrow, which will also commemorate the birth centenary of the Father of the Nation of Bangladesh Sheikh Mujibur Rahman."

Addressing the iconic leader as 'Bangabandhu', PM Modi shared his plans on paying his respects, "I look forward to visiting Bangabandhu's Samadhi in Tungipara to pay my respects to his memory."

India and Bangladesh are expected to sign numerous pacts during the two-day visit. As PM Modi informed of 'substantive discussions' with his counterpart, MoUs are likely in disaster management and other areas that will boost their cooperation and its institutions. Bangladesh Foreign Minister Dr A K Abdul Momen stated that five such agreements could take place.

The Prime Minister had last visited Bangladesh in 2015 and his scheduled visit for Mujib Borsho in March 2020 did not materialise as the event was rescheduled due to the COVID-19 pandemic. However, they participated in two virtual summits, one in December 2020 and the other earlier this month. Both meetings stressed on their co-operation and focus on connectivity, re-opening the Haldibari-Chilahati rail network linking north West Bengal and north Bangladesh in December and the inauguration of the Maitri bridge, from Sabroom in Tripura to Ramgarh in Bangladesh.

PM Modi, who leaves for his first trip in the last two years since the BRICS Summit in Brazil in November 2019, has numerous events and meetings lined up during his visit.

PM Modi is expected to arrive at Dhaka at 10 AM on Friday. His first destination is the National Martyrs Memorial, to honour the heroes of the Liberation War.

The leader will then attend the National Day Programme. He is scheduled to meet Bangladesh’s Foreign Minister Dr A K Abdul Momen. The Prime Minister will also launch the Bapu Bangabandhu Digital Video Exhibition with Bangladesh PM Sheikh Hasina, who is the daughter of Sheikh Mujibur Rahman.

A meeting with President Md Abdul Hamid is among the highlights on day 2 of the visit.

PM Modi's rare venture outside Dhaka will also stand out as he is scheduled to offer prayers to Goddess Kali at the ancient Jashoreshwari Kali Temple, one of the 51 Shaktipeeths in the Puranic tradition.

The Prime Minister also stated he is looking forward to his interaction with representatives of the Matua community at Orakandi, known to be sacred to the community of West Bengal, where elections are kicking off.

As I leave for Bangladesh tomorrow, I look forward to remembering the life and ideals of Bangabandhu Sheikh Mujibur Rahman, and celebrate 50 years of Bangladesh’s War of Liberation, as well as our diplomatic ties. https://t.co/74FLn4MvHB

Marking 50 years of the establishment of diplomatic ties between the two countries, PM Modi had words of praise for the nation and PM Hasina.

"My visit will not only be an occasion to convey appreciation for Bangladesh's remarkable economic and developmental strides under Prime Minister Sheikh Hasina's visionary leadership, but also to commit India's abiding support for these achievements," he said.

PM Modi informed that he will also express India's support and solidarity with Bangladesh on their fight against COVID-19.