Shaikh has been tying a 'rakhi' to Prime Minister Narendra Modi for over 20 years now and first tied the sacred thread to him when he was an RSS activist. 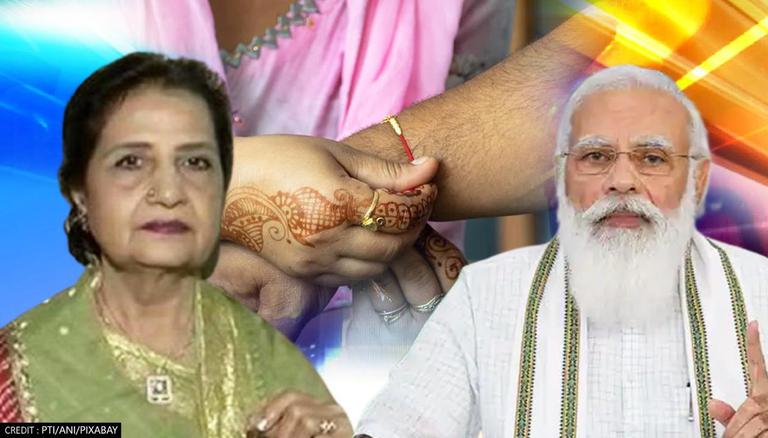 
Qamar Mohsin Shaikh, Prime Minister Narendra Modi's rakhi-sister from Pakistan, has sent a 'rakhi' and a 'Raksha Bandhan card' to her brother this year as well. She moved to India from Pakistan after her marriage and has been living in Ahmedabad now.

"I pray every day for his good health and long life"

Conveying her regards and good wishes to the Indian Prime Minister, Shaikh said, "I wish him (PM Narendra Modi) a happy Raksha Bandhan. I pray every day for his good health and long life. I saw on television he met sports personalities recently. Being the mother of a sportsperson, I believe he will call me and my family to Delhi to tie a rakhi to him. My son Sufain Shaikh is one of the world's youngest swimmers who has won many awards."

Lauding PM Modi's policies and efforts, Shaikh said, "This is his quality. He is always encouraging people to work for the country. He is doing commendable work for the nation."

Cherishing her memory, Qamar Mohsin Shaikh, who had come to India from Pakistan after her marriage, said that her first Raksha Bandhan with Modi was when he was an RSS worker. Shaikh also informed that she has been tying a 'rakhi' to Prime Minister Narendra Modi for over 20-25 years now.

Raksha Bandhan is observed on the last day of the Hindu lunar calendar month of Shravana, which usually falls in the month of August. Last year, Qamar Mohsin Shaikh had failed to meet Prime Minister Modi due to the COVID crisis, so she had sent the sacred thread to him via post.