PM Modi's US Visit: Key Aspects That Show India Is The Centrepiece Of The Anti-China Bloc

With PM Modi set to take part in the first in-person Quad Leaders' Summit, it is apparent that India has emerged as the centrepiece of the anti-China bloc. 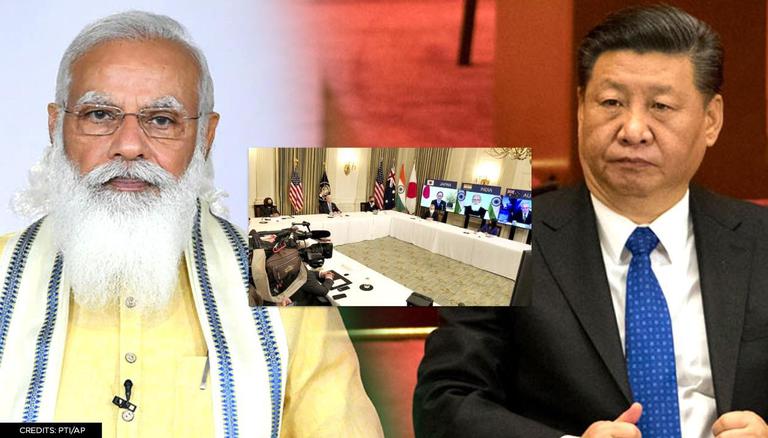 
With PM Modi set to take part in the first in-person Quad Leaders' Summit, it is apparent that India has emerged as the centrepiece of the anti-China bloc. On September 22, he landed in Washington DC for a 3-day US visit in which he will have bilateral meetings with US president Joe Biden, Australian PM Scott Morrison and Japan PM Yoshihide Suga. While India has always remained opposed to China's expansionist policies such as the Belt and Road Initiative, its approach towards the neighbouring country underwent a decisive shift after 21 Indian Army soldiers were martyred in the Galwan Valley on June 15, 2020.

SAARC diplomacy: Founded in 1985, the South Asian Association for Regional Cooperation has been impacted in the last few years owing to the impasse between India and Pakistan. While India, Bangladesh, Pakistan, Bhutan, Nepal, Sri Lanka, Maldives and Afghanistan are members, China is just one of the 9 observers in this forum. While Pakistan has desperately tried to make China a member, India has successfully thwarted this design.

Moreover, India has also vociferously opposed China and Pakistan's pro-Taliban agenda on the SAARC platform. Thus, the meeting of the SAARC Foreign Ministers which was supposed to take place on September 25 was cancelled. As per sources, Pakistan wanted the Taliban to represent Afghanistan, a request that was declined by all other participants.

The Quad focus: India, Australia, the US and Japan have formed the 'Quad' coalition to counter China’s aggressive behaviour in the Indo-Pacific region. In a joint statement issued on March 12, 2021, these 4 nations committed to promoting a free and open rules-based order rooted in international law to advance security and prosperity and counter threats to the Indo-Pacific and beyond. In the upcoming Quad Leaders' Summit, PM Modi, Biden, Morrison and Suga are likely to exchange views on the emerging challenges in South Asia and the Indo-Pacific region, climate challenge, COVID-19 crisis besides identifying new areas of cooperation.

READ | QUAD: How world looks at India leading anti-terror agenda from the front

Explaining the importance of this grouping amid the rising threat of China, Foreign Secretary Harsh Vardhan Shringla stated, "In view of the fact that the four countries share core attributes such as democracy, commitment to pluralism, market-based economic principles, they also have a shared vision of a free and open inclusive Indo-Pacific region to add prosperity to that as well and with respect for international law. This is a region that is home to all the four countries represented in the QUAD, and many partners including the ASEAN, which is central to Indo-Pacific outreach, are a very important part of that overall effort. India's approach to the Indo-Pacific was enunciated by the Prime Minister in his speech at the Shangri La dialogue in 2018, when he also expounded on his vision of SAGAR or Security And Growth for All in the Region."

Australia takes India into confidence: Even before the UK, the UK and Australia announced the AUKUS, Morrison informed PM Modi of this new security partnership on September 15. The AUKUS is a security alliance formed in the backdrop of China's assertive actions across the India-Pacific and will support Australia in acquiring nuclear-powered submarines for the Royal Australian Navy. The very fact that India was only one of the few nations which Australia took into confidence is a reflection of the country's key role as a part of the anti-China bloc.

In a tweet, PM Modi wrote, "Was happy to speak with my friend Scott Morrison. We reviewed the rapid progress in the India-Australia Comprehensive Strategic Partnership, including through the recent 2+2 Dialogue. We also exchanged perspectives on regional developments and the forthcoming Quad meeting."