Arriving at his hotel without any bodyguards on Tuesday evening, Ratan Tata was seen being driven by his young personal assistant Shantanu Naidu. 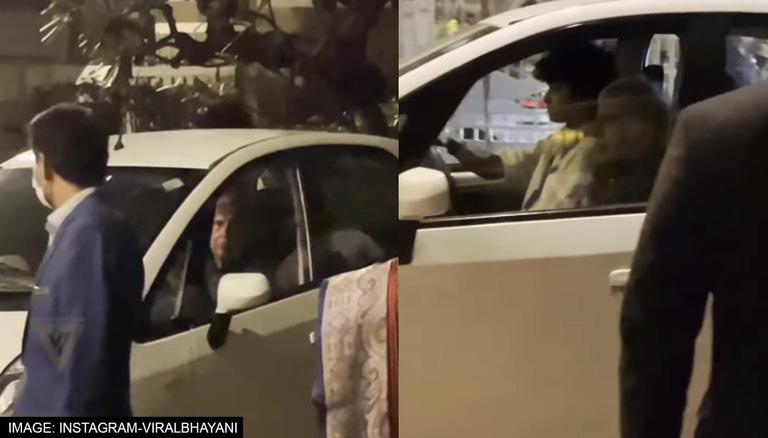 
Renowned for his humility, industrialist Ratan Tata once again won the hearts of Indians after he made a modest entry at the Taj Hotel in a Tata Nano car. Arriving at his hotel without any bodyguards on Tuesday evening, Ratan Tata was seen being driven by his young personal assistant Shantanu Naidu in a white Nano. Upon his arrival, he was welcomed by the Taj Hotel staff, his simplicity leaving an example for many.

After the video of Ratan Tata went viral, netizens lauded the industrialist for his modesty' and spoke about how his flagship Nano, was a gift from him that they were too proud to admit. While the car, priced at just Rs 1 lakh had created a lot of buzz, it failed to take off in the Indian market owing to a number of reasons. Some netizens even requested the industrialist to relaunch the vehicle calling it a 'legendary car'. Although its manufacturing was stopped in 2018, the car still holds a special place in the hearts of several middle-class Indian families.

'Nano was always meant for our people': Ratan Tata

Incidentally, just days ago, the former Tata Group chairman shared his inspiration behind launching India's cheapest car. “What really motivated me, and sparked a desire to produce such a vehicle, was constantly seeing Indian families on scooters, maybe the child sandwiched between the mother and father, riding to wherever they were going, often on slippery roads,” wrote Tata.

“One of the benefits of being in the School of Architecture, it had taught me to doodle when I was free. At first we were trying to figure out how to make two wheelers safer, the doodles became four wheels, no windows, no doors, just a basic dune buggy. But I finally decided it should be a car. The Nano, was always meant for all our people,” he had added.

Back in February, the beloved industrialist had gone for a joy-ride in his creation which was delivered to him in an electrical version by Electra EV. The vehicle was a custom-built 72V Nano EV, through which the firm hoped to gain some insights with Tata's review on the performance. Tata Motors is planning to launch the Tata Nano in the electric vehicles segment soon. 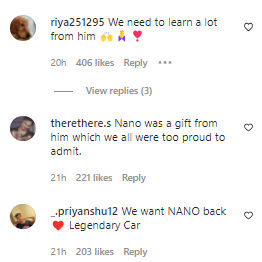 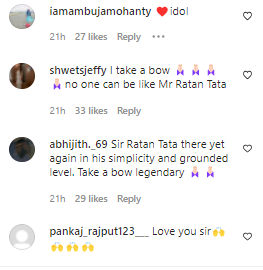