Government sources have informed that the decision has been taken to include the birth anniversary of Netaji Subhash Chandra Bose. 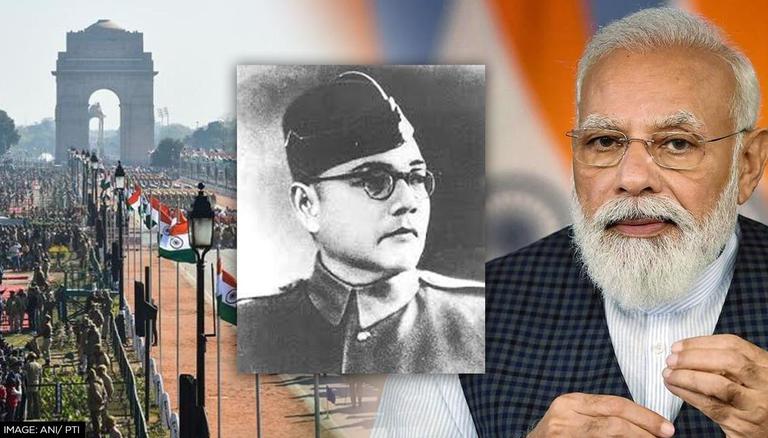 
The Indian government on Saturday has informed that Republic Day celebrations will now commence from January 23 every year instead of January 24. News agency ANI citing government sources has informed that the decision has been taken to include the birth anniversary of Netaji Subash Chandra Bose. Earlier, the Modi government had started the celebration of Subhash Chandra Bose’s birth anniversary as Parakram Divas. This development follows other similar decisions wherein the government has focused on celebrating and commemorating important aspects of India's history and culture.

Republic Day Celebrations will now begin every year from 23rd January instead of 24th January to include the birth anniversary of Subash Chandra Bose: GoI Sources

Some of the similar announcements made by the Modi government are:

Dec 26 to be observed as 'Veer Baal Diwas', on the occasion of Parkash Purab: PM Modi

Earlier last week on Sunday, Prime Minister Narendra Modi informed that starting this year December 26 will be marked as ‘Veer Baal Diwas'. The Prime Minister has made the announcement on the occasion of the Parkash Purab of Sri Guru Gobind Singh Ji. Taking to Twitter, he also informed that Veer Baal Diwas will be a tribute to the Sahibzades - the four sons of the 10th Sikh guru Gobind Singh and their quest for justice.

In addition, he also stated that the Veer Baal Diwas will be observed on the same day when Sahibzada Zorawar Singh and Sahibzada Fateh Singh attained martyrdom after they were executed by the Mughals. PM Modi hailed both martyrs for upholding the noble principles of Dharma.

Today, on the auspicious occasion of the Parkash Purab of Sri Guru Gobind Singh Ji, I am honoured to share that starting this year, 26th December shall be marked as ‘Veer Baal Diwas.’ This is a fitting tribute to the courage of the Sahibzades and their quest for justice.

‘Veer Baal Diwas’ will be on the same day Sahibzada Zorawar Singh Ji and Sahibzada Fateh Singh Ji attained martyrdom after being sealed alive in a wall. These two greats preferred death instead of deviating from the noble principles of Dharma.

In another tweet, he also hailed the bravery and ideals of Mata Gujri, Guru Gobind Singh and his four sons. He remarked that all of them gave strength to millions of people and never bowed to injustice. The Prime Minister also spoke about how they contributed to an inclusive and harmonious world.

The bravery and ideals of Mata Gujri, Sri Guru Gobind Singh Ji and the 4 Sahibzades give strength to millions of people. They never bowed to injustice. They envisioned a world that is inclusive and harmonious. It is the need of the hour for more people to know about them.

Prime Minister Narendra Modi's announcement came ahead of the crucial Punjab Assembly elections that are scheduled for February 14. The Bharatiya Janta Party (BJP) is set to contest the polls in alliance with former Chief Minister Captain Amarinder Singh's new party - Punjab Lok Congress as well as other factions of the Shiromani Akali Dal. Earlier in December last year, Prime Minister Narendra Modi had announced that the Centre will officially repeal the three farm laws. The three farm laws were later repealed in the Winter Session of the Parliament.