Governor of Russia's Pskov Oblast said that the attempts by NATO drones to cross the border have become more frequent and poses serious security challenges. 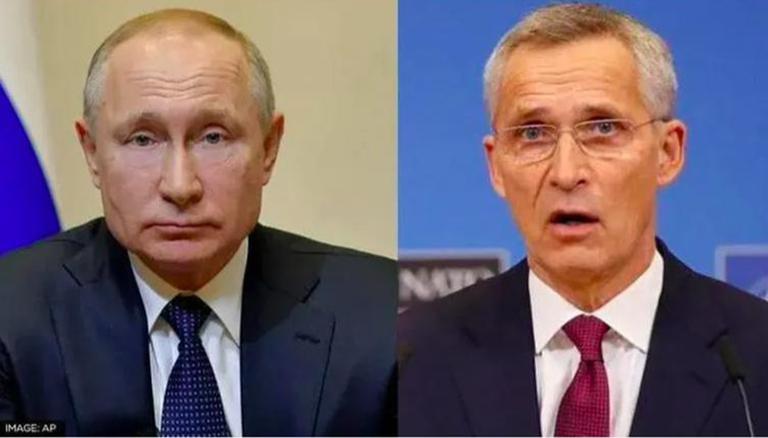 
Russia on Suday, Nov 27 justified the military intervention in Ukraine, saying that the NATO drones have been attemtping to violate the Russian state border in the Pskov region for over several years. “The Pskov region borders on three states, two of them part of the NATO bloc…Today they like talking about how the alliance has sought ‘peaceful coexistence’ with us…Pskov has also been repeatedly subjected to this ‘good neighborliness’ policy of NATO’s,” Pskov governor Mikhail Vedernikov said at a state presser, according to state affiliated agencies.

The governor of Russia's Pskov Oblast said that the attempts by NATO drones to cross the border have become more frequent and poses serious security challenge for Moscow. "We have never widely discussed this, but there have been attempts by military purpose drones and other aircraft to cross the border illegally," Vedernikov continued to add, addressing the media forum.

He noted that the violations, which have been more frequent from the Baltic states of Estonia, Latvia, and Lithuania, increased in its frequency just ahead of Russia's President Valdmir Putin's orders to intervene militarily in Ukraine. The Russian official slammed what he described Ukraine's aggression on the Russian territories, by hosting a ground for the US and NATO military.

In October, Russia made an official announcement that it neutralized a drone attack in Sevastopol in 2014 annexed Crimea. Two NATO manufactured drones allegedly launched by Ukrainian armed forces destroyed two Russian Ka-52 assault helicopters at the Ostrov Air Force Base in Pskov Oblast, located approximately 15 kilometers from the Latvian border, and 30 kilometers from Estonia's border in the South.

A United States Airforce spy plane JSTARS E-8 was spotted flying on a reconnaissance mission over eastern Ukraine to gather intelligence just days after Russia ordered at least 10,000 troops to return to the defence base in December 2021 that led to fresh bouts of tension at the Ukrainian border. The sighting followed after two US Air Force’s (USAF) surveillance planes were also spotted flying in the territory controlled by Russian-backed separatists just less than 40 miles. E-8C ground-surveillance plane and RC-135V were the first ever USAF to openly fly inside Ukrainian air space.