Gujarat: A woman was stripped off, paraded in the entire village of Khajuri by her family and elders of the village. Her crime? To have fallen in love. 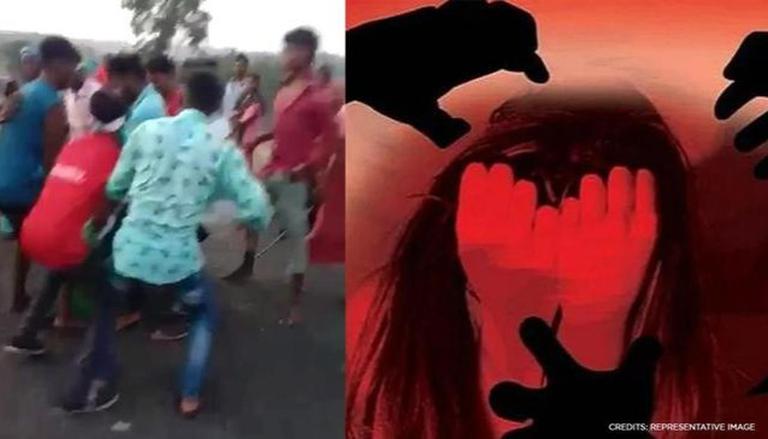 
A 23-year-old woman was stripped off her clothes and made to parade around the entire village of the Khajuri village of Dhanpur tehsil of Dahod district of the state of Gujarat. A video was made of the entire incident to make a statement that is quite clear: a woman needs to know her place.

A video went viral of the incident where it is seen that the villagers are stripping off the clothes of the woman, while the rest of the people cheer on and laugh at her. She was made to walk a little more around the village and her husband leading the mob is seen tearing off the rest of the clothes that she has on. Towards the end of the video, it can be seen that the men (especially her husband) are tearing off her clothes as the nearby women give her a dupatta to wrap around her semi-nude body.

Police take cognizance of the incident

The police have taken cognizance of the entire matter and have registered an FIR on altogether 19 people out of which three are juvenile delinquents. “We have taken the issue with a lot of seriousness. As soon as we saw the video, we took cognizance. We have also spoken to the man with whom the victim had eloped and we have taken his statement as well,” said Hitesh Joisar, Superintendent of Police, Dahod.

The police have also been on the lookout for the rest of the accused in the matter. The police officials also claimed that they are also looking for the person responsible for making the video viral as well. The officials also stated that they will be giving protection to the woman and also her lover and making sure that there are no more such incidents in the future. There will also be compensation that will be given to her for the same, they said.