Shakti Sinha was an ex-IAS office, author and a Government official who had worked closely with former Prime Minister of India- Atal Bihari Vajpayee. 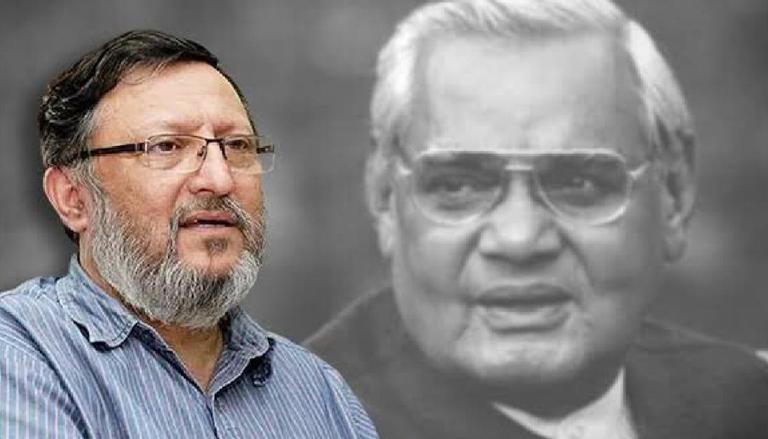 
Former IAS officer and close aide of ex-Prime Minister Atal Bihari Vajpayee, Shakti Sinha, passed away on Monday. Taking to Twitter, several political leaders and government officials expressed shock due to the sudden demise of the scholar. Reportedly, Shakti Sinha was scheduled to speak at a conference on the Geopolitical situation in Ladakh today.

Rashtriya Swayamsewak Sangh (RSS) leader Ram Madhav described the deceased scholar as 'a humble and unassuming yet erudite and intellectual being'.

Shocked to hear about Shakti Sinha’s demise. He was a member of the Governing Board of India Foundation and was scheduled to address a conference going on at Leh this afternoon. A humble and unassuming yet erudite and intellectual being… a great loss. Deepest condolences. Aum 🙏 pic.twitter.com/U3fTRmp0r2

The Press Club of India expressed shock while describing the late learner as 'former bureaucrat and Director of Nehru Memorial Library and Museum at Teen Murti, academician and author'.

The Press Club of India is shocked at the untimely passing of Shakti Sinha, former bureaucrat and Director of Nehru Memorial Library and Museum at Teen Murti, academician and author.

Mr Sinha was part of a PCI discussion just a few days ago. We mourn his untimely demise pic.twitter.com/Nx5HpGEDW1

Absolutely shocked to learn about the unfortunate demise of Shakti Sinha Ji. As an author, bureaucrat, an institution builder & an eminent thinker Shakti Ji played a key role as a mentor to many youngsters like me in Delhi.

The Ministry of Culture tweeted passing a condoling message to his family and friends.

Saddened to hear about Director General, International Buddhist Confederation Shri @shaktisinha Ji's sudden demise. Ministry of Culture offers its deepest condolences. Our thoughts and prayers are with his family and friends. May his soul rest in peace. pic.twitter.com/ivFgGK0mup

NITI Aayog Vice-Chairman Rajiv Kumar expressed sadness by asserting, 'We will miss his sharp insights and commitment to the National cause'.

Just heard the shocking news of Shakti Sinha's most untimely demise. He had so much to contribute in the many endeavours he was involved in. We will miss his sharp insights and commitment to the National cause. Deepest condolences to his family and dear ones. ॐ शांति शांति शांति

Who was Shakti Sinha, a close associate of Atal Bihari Vajpayee?

Sinha’s relationship with Vajpayee began in 1980, years before he was appointed to the Prime Minister’s Office. He was a fond follower of the former Prime Minister's thought process and speeches. Soon after, in the late 1990s, when he got a chance to work with Vajpayee, he was elated.

The late scholar also authored a memoir of that period when he worked with Atal Bihari Vajpayee titled Vajpayee: The Years That Changed India. He was also the former Director of Nehru Memorial Library and Museum at Teen Murti.

Sinha also worked as the private secretary and then the joint secretary of the Prime Minister in the late 1990s. He was also one of the highly powerful officials at the Prime Minister's office during Atal Bihari Vajpayee’s tenure. Officials starting from Government services to business entities expressed distress over his sudden demise.