India's first commercial flight was flown by JRD Tata on October 15, 1932, from Karachi to Mumbai. He carried mail from Karachi on the flight. 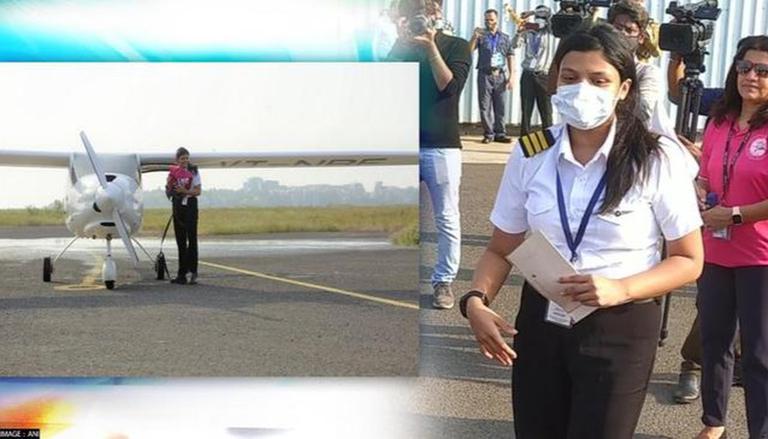 
Remembering India's first commercial flight, the moment was re-enacted by the Tata Power along with the JRD Tata Memorial Trust and Indian Women Pilot Association (IWPA) on Friday. A similar flight was flown from Bhuj to Mumbai. Furthermore, the world's first woman pilot to cross the Atlantic ocean and the Pacific Ocean, Aarohi Pandit was the one who piloted the flight.

Tata Power salutes the father of Indian aviation, #JRDTata, for truly inspiring millions of people around the world. As a tribute to this luminary, Capt. Aarohi Pandit is re-enacting the same flight path on the same day, a different year. #FlyWithPower #JRDTata #ThisIsTataPower pic.twitter.com/NAZqEFrVfT

Expressing her pride at the moment, Aarohi Pandit spoke to news agency ANI and said, "To re-enact that wonderful moment today, I had flown a similar and craft from the Bhuj runway that was built by the women of Madhapur village within 72 hours during the Indo-Pak war and landed at India's first civilian airport in Juhu (Mumbai)." Further talking about her experience during the flight, she said that it was a difficult flight as there was no GPS or autopilot due to which the flight was always below 5,000 feet above sea level.

#JRDTata's legacy lives on in our hearts and minds, across generations and across time. And as a tribute to this luminary, Capt. Aarohi Pandit re-enacts the flight path today. She has truly been inspired by JRD Tata. #FlyWithPower #ThisIsTataPower @MoCA_GoI @JM_Scindia pic.twitter.com/p1fjoNMTQ8

After landing at the Juhu Aerodrome, the flight was given a traditional water salute and a reception.

Earlier on October 1, the Indian Women Pilot Association (IWPA) in a release informed about Aarohi Pandit taking off from the runway who will later refuel at Ahmedabad and land in Juhu.

With an aim to educate women about aerospace and aviation, IWPA informed about the tribute flight being first in their series of events planned for the Azadi Ka Amrit Mahotsav.

Meanwhile, Aarohi Pandit who hails from Mumbai Borivali became the world's first woman in 2019 to cross the Atlantic and Pacific Ocean and the Greenland ice caps solo in a light-sport aircraft, Mahi VT- NBF. "I cannot imagine any better tribute in the Indian civil aviation world than to the man himself - the father of Indian civil aviation. I am very excited and looking forward to the flight," she said.