Baba Ramdev, who had pitched the same idea in 2018, backed the Allahabad HC order on Thursday, saying it is time to declare the cow as a national animal 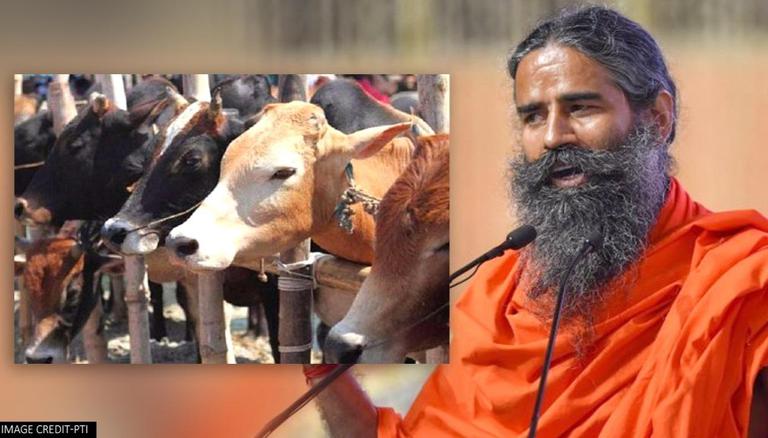 
A day after the Allahabad High Court batted for the cow to be declared as the national animal, Yoga guru Baba Ramdev has come out in support of the idea. The Allahabad HC on Wednesday, while denying bail to a person accused of cow slaughter in Uttar Pradesh, asserted that the cow should be declared a national animal and their protection should be made a fundamental right of Hindus.

"The protection of cows is not the responsibility of only one religion. The cow is an integral part of India's culture and should be declared as the National Animal," the single-judge bench of the Allahabad HC had said.

Baba Ramdev, who had pitched the same idea in 2018, backed the court order on Thursday, saying it is time to declare the cow as a national animal. Earlier in 2018, Ramdev had told news agency ANI: "If tiger and peacock can be the pride of the nation, why can’t a cow be one?"

Cow is the integral part of our culture & should be declared as the National Animal ~ #Allahabadhighcourt pic.twitter.com/T2oSjeNTl4

Prior to this, in 2015, the Patanjali co-founder had asked the Narendra Modi government to impose a nationwide ban on cow slaughter. He had also said that killing cows is as heinous a crime as killing a human being.

READ | Throwback to when Chris Hemsworth tried to kiss a cow during his India visit; see pic

On Wednesday, a single-judge bench of Justice Shekhar Kumar Yadav suggested that the Centre should introduce a bill in Parliament to declare the cow as a national animal. The court also said that strict laws should be framed against those who harm cows and those who aim to make money in the name of cow protection by building sheds but have nothing to do with cattle protection, it added.

Justice Yadav also stated that the importance of cows was not only understood by Hindus, but also Muslims. "The cow protection and promotion aren't about any one religion, but the cow is the culture of India and the work of saving the culture is of every citizen living in the country, irrespective of religion or worship," he said.