TN, UP Govts Acquire Over 450 Hectares Of Land To Build 2 Defence Industrial Corridors

The Ministry of Defence informed Rajya Sabha that land has been acquired for the two Defence Industrial Corridors (DICs) in Uttar Pradesh and Tamil Nadu. 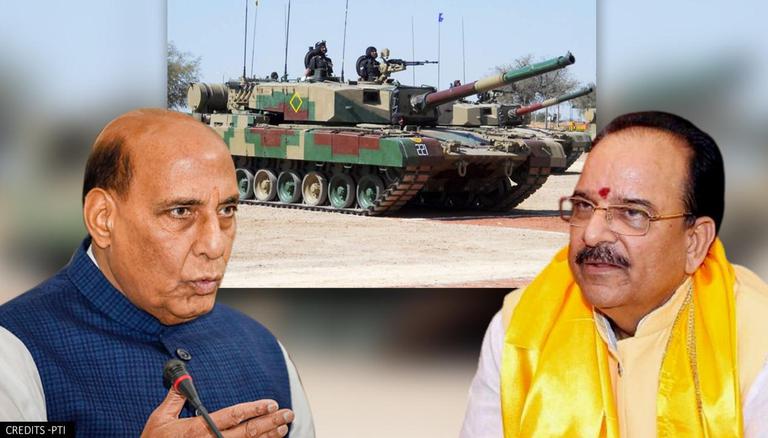 
The Ministry of Defence on Monday informed Rajya Sabha that lands have been acquired for the two Defence Industrial Corridors (DICs) in Uttar Pradesh and Tamil Nadu. The information regarding the development was shared by the Minister of State (MoS) Defence Ajay Bhatt in a written reply to Samajwadi Party (SP) leader and Rajya Sabha MP Rewati Raman Singh.

As for Tamil Nadu, five nodes have been identified - Chennai, Coimbatore, Hosur, Salem and Tiruchirappalli. The lands have been acquired by the respective state governments to facilitate the public-private sector for the investment in the two DICs, Bhatt's response added. The statement further put forth the state-wise details of the land acquired by both state governments. It revealed that 196.7853 hectares of land has been acquired in Uttar Pradesh while 283.28 hectares of land has been acquired in Tamil Nadu.

READ | US will not lift travel restrictions due to concern over Delta variant: White House

The MoS has remarked that the DICs aim to boost the defence manufacturing ecosystem through synergistic development of technologies, promote the growth of private domestic manufacturers, including MSMEs and Start-Ups. Currently, both DICs are in their formative stages. Speaking about Memorandum of Understandings (MoUs) signed with private industries, the Ministry of Defence added that:

"In the TNDIC, Tamil Nadu Industrial Development Corporation (TIDCO), the nodal agency, has signed 22 MoUs with private/public industries, worth potential investments of Rs.4800 crore," it added

Public-Private investments made in DICs

Highlighting the public-private investments so far, the Defence Ministry also informed that the total investment made  in the UPDIC and TNDIC are Rs.1236.10 crore and Rs.2252.28 crore respectively. The DICs are being made to produce ammunition, components of aerospace industries, missile systems. In addition, the establishment of research and development facilities has also been envisaged in the two DICs. As for expected employment opportunities, the Centre has not given a concrete response but it is estimated by the state governments that the UPDIC has the potential to generate employment for more than 16,700 persons, and the TNDIC has the potential to generate employment for 25,000 persons in coming years. This data is based on the MoUs signed by them with the Industries, Bhatt's response added.